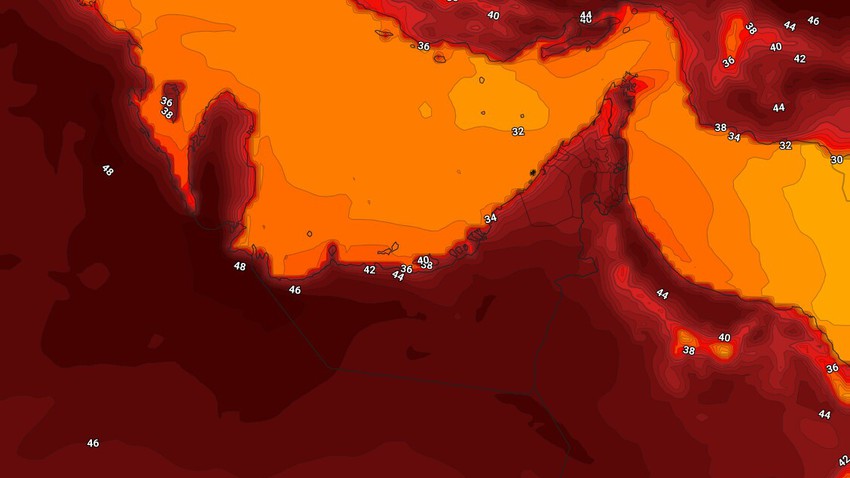 God willing, it is expected that the summer weather will remain very hot in all regions on Monday, and temperatures will be in the forties levels in most regions of the country and exceed the mid-forty degrees Celsius in the western interior regions, with the appearance of clouds at different altitudes, with a weak possibility of light thunder showers of rain. On parts of the interior.

Winds will be northwesterly to northwesterly, moderate in speed, activating sometimes in some areas, and working to raise dust to a limited extent in the open areas.

Temperatures drop at night, and the weather is relatively hot to hot over all regions, and clouds continue to appear at different altitudes, and winds are volatile and light to moderate in speed, sometimes active in limited parts.