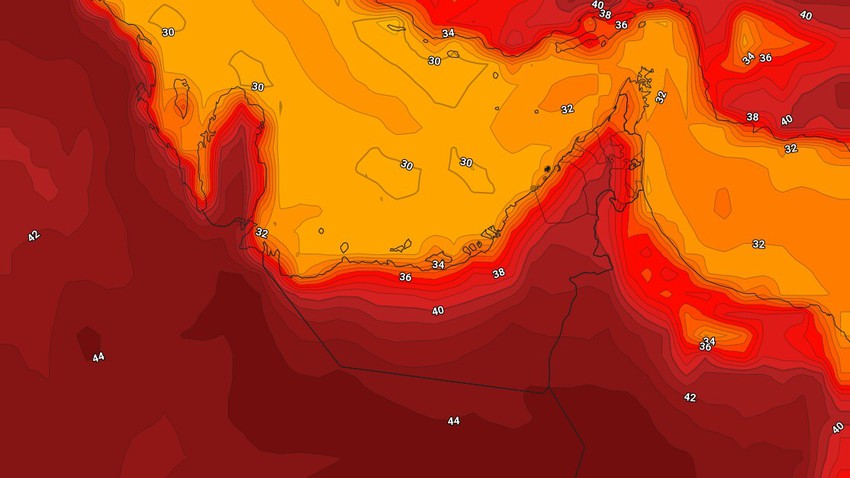 Arab Weather - Temperatures remain below their averages for such a time of the year, and the extremely hot weather continues throughout the regions of the Emirates, and the winds are easterly moderate in speed and accompanied by active gusts in the eastern regions, and they are northwesterly moderate for speed activity in the rest of the regions.

The weather is relatively hot in all regions, with a noticeable rise in humidity levels, so that the formation of fog is renewed in the northern regions, including the capital Abu Dhabi, and it is not excluded that the fog is sometimes dense, and the winds are fluctuating in direction and light to moderate speed.

⚠️ Recommendations
1- Drink lots of fluids regularly
2- Not to be exposed to sunlight for long periods, especially in the Jordan Valley and Dead Sea areas.
3- Not to leave children inside closed vehicles under the sun's rays.
4- Avoid placing pressurized and flammable containers inside vehicles, to avoid the risk of ignition.
5- Attention to the risk of reduced horizontal visibility due to fog.

Emirates | A drop in temperatures on Friday, and chances of fog forming during the night hours