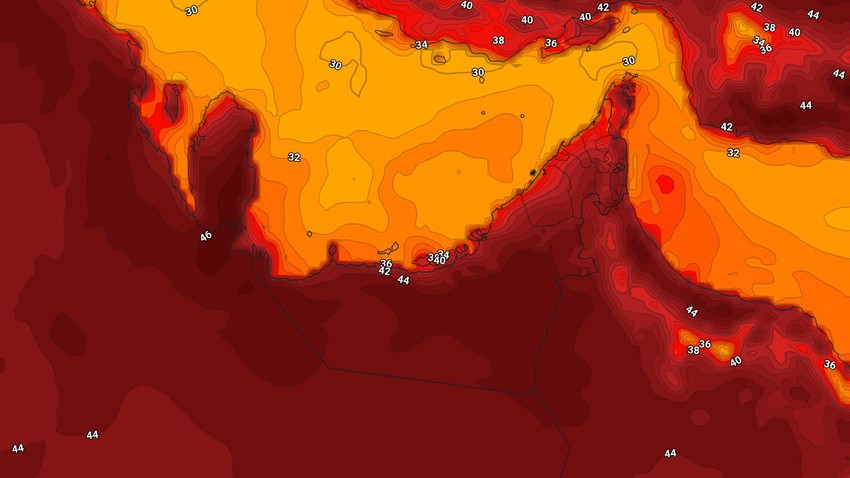 Arab Weather - The temperatures in the Emirates on Thursday are higher than their averages for such a time of the year, and the weather is very hot in all regions, and temperatures touch the mid-forties in some regions, and the winds are northwesterly, light to moderate in speed, sometimes active.

In the hours of Thursday / Friday night it will be hot in all regions, with high humidity levels in some areas, and there is a possibility of fog forming in parts of the northern coastal areas, extending towards parts of the interior regions, and includes opportunities including the capital Abu Dhabi, and the winds are between the north Eastern and Western are light to moderate in speed.

1- Drink lots of fluids regularly
2- Not to be exposed to the sun for long periods.
3- Not to leave children inside closed vehicles under the sun's rays.
4- Avoid placing pressurized and flammable containers inside vehicles, to avoid the risk of ignition.
5- Driving cautiously on roads that witness the formation of fog.