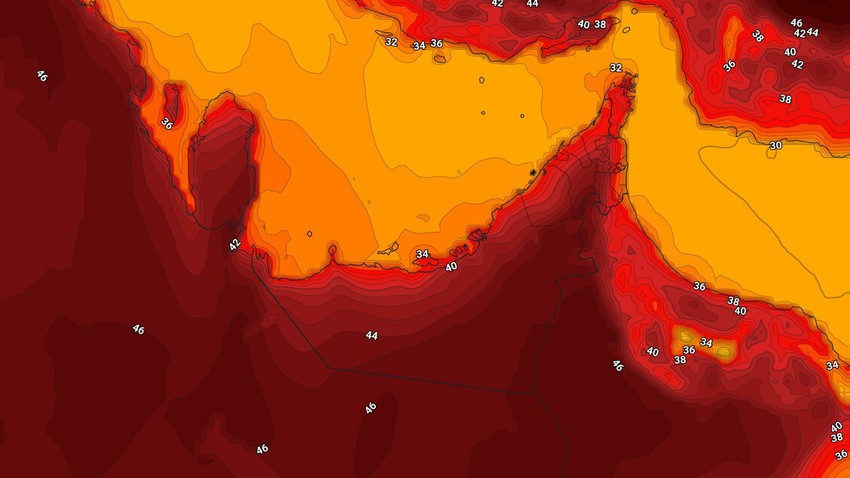 Arab weather - the weather in the Emirates is hot to very hot in all regions, so that temperatures are recorded at forty levels, especially in the interior regions and may exceed the middle of 40 degrees Celsius in some parts, and clouds appear at medium and high altitudes and there is a weak possibility of limited local showers of rain in parts of the eastern regions.

It is expected, God willing, that the northern winds (Al-Bawarih) will continue to blow over the western regions to be moderate to brisk, and raise dust and dust in the open areas. It also causes waves to rise on the beaches. Winds will be light westerly to moderate speed, sometimes active on the rest of the regions.

Weather in the Emirates on Wednesday/Thursday night

Temperatures at night are lower than they will be recorded during the day, and the weather is hot in all regions, and a significant increase in humidity occurs as a result of the rush of moist air currents from the Arabian Gulf, so that the opportunity is prepared for the formation of fog in many interior regions, and it is likely that the fog will be dense in Some parts so that it warns of the danger of a decrease in the range of horizontal visibility in some areas. The winds will be northwesterly to southeasterly, light to moderate in speed, sometimes active, especially on the shores of the Arabian Gulf, and work on continuing high waves.