Emirates - Weekend | Significant decline in the severity of unstable weather, and the possibility of rain remaining in some areas 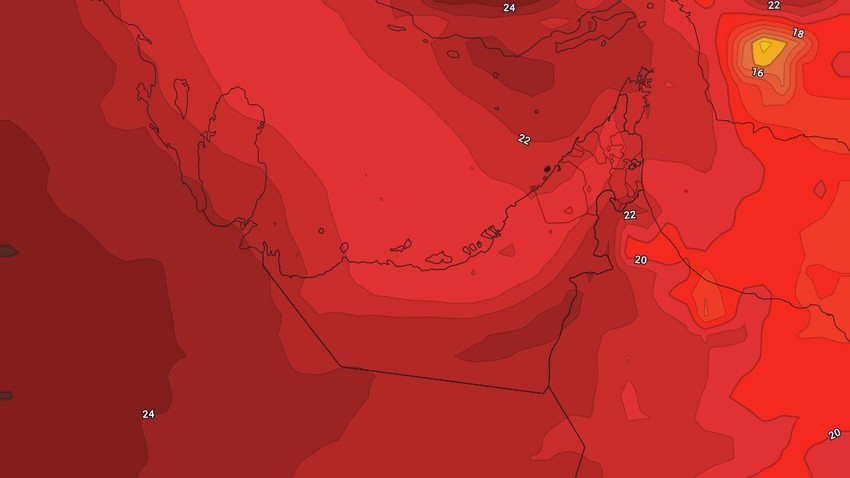 Arab Weather - A decrease in temperatures occurs on Friday to become less than their normal rates for this time of the year, and the weather is relatively hot in the coastal areas, and hot in the rest of the regions, and the effect of atmospheric instability diminishes, but clouds continue to appear at medium and high altitudes. The possibility of thunderstorms of rain in limited parts concentrated on the eastern highlands, and the winds will be northwesterly moderate, and are accompanied by active gusts that raise dust and dust in some areas.

There is also an additional decrease in the night temperature, and the weather is generally moderate, and the opportunity remains weak for showers of rain in parts of the eastern regions, and the winds will be southeasterly light to moderate in speed. 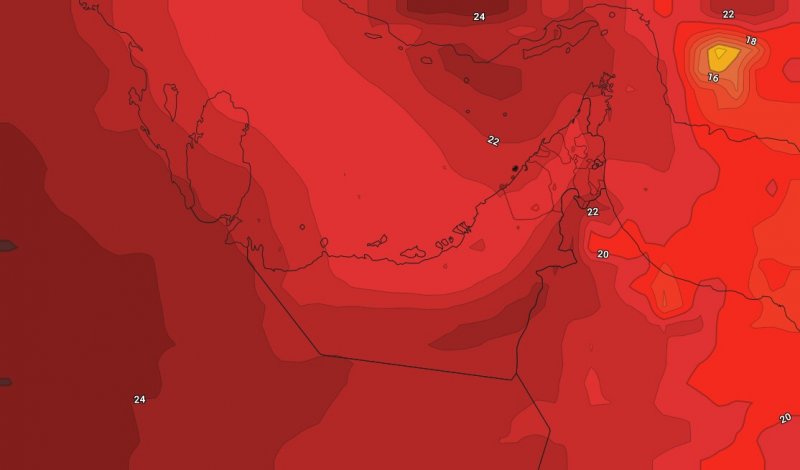 The following map represents the computational modeling of the distribution of air masses in the lower layers of the atmosphere, which is provided through the Badr Numerical Modeling System.

The temperature decreases again on Saturday to become around their normal rates relative to this time of the year, and the weather continues to be relatively hot in the coastal areas, and hot in the rest of the regions, and clouds appear at different altitudes, especially in the eastern regions, and the possibility remains for thunderstorms of rain in The eastern mountainous highlands, with westerly to northwestern moderate winds, are active sometimes in some areas.

The chances of rain diminish during the night hours, and the weather remains fair in various regions, and the winds will be southeasterly, light to moderate, and in speed.