Europe: massive fires devour forests and hundreds of deaths due to the heat wave 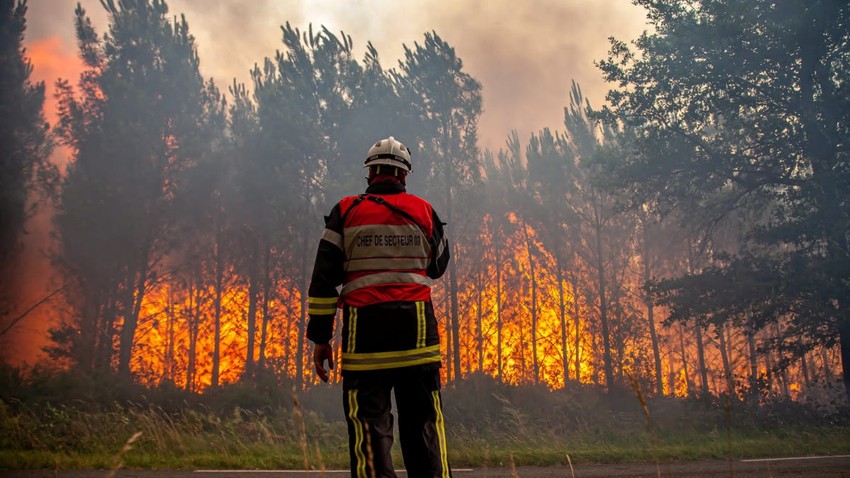 Weather of Arabia - European countries recorded hundreds of deaths as a result of the record heat wave that hit them, amid the evacuation of thousands of regions in France, Portugal and Spain, as a result of severe fires that devoured large areas of forests.

Read also: Can forest fires ignite on their own, or does it have to be an actor?!

In Spain, the health authorities said that the heat wave killed 360 people, while in Portugal, 238 others died as a result of the severe heat, and the authorities pointed out that the majority of them were elderly.

In France, the authorities said that they had evacuated more than 12,000 people in the south of the country, amid continuous operations to combat the fires that destroyed tens of kilometers in the La Gironde region.

In Portugal, the authorities announced the death of one person and the injury of 60 others, in addition to the evacuation of about 900 people from their homes, and it is reported that the fires have destroyed 300 km / m so far since the beginning of this year, and is the largest since 2017. 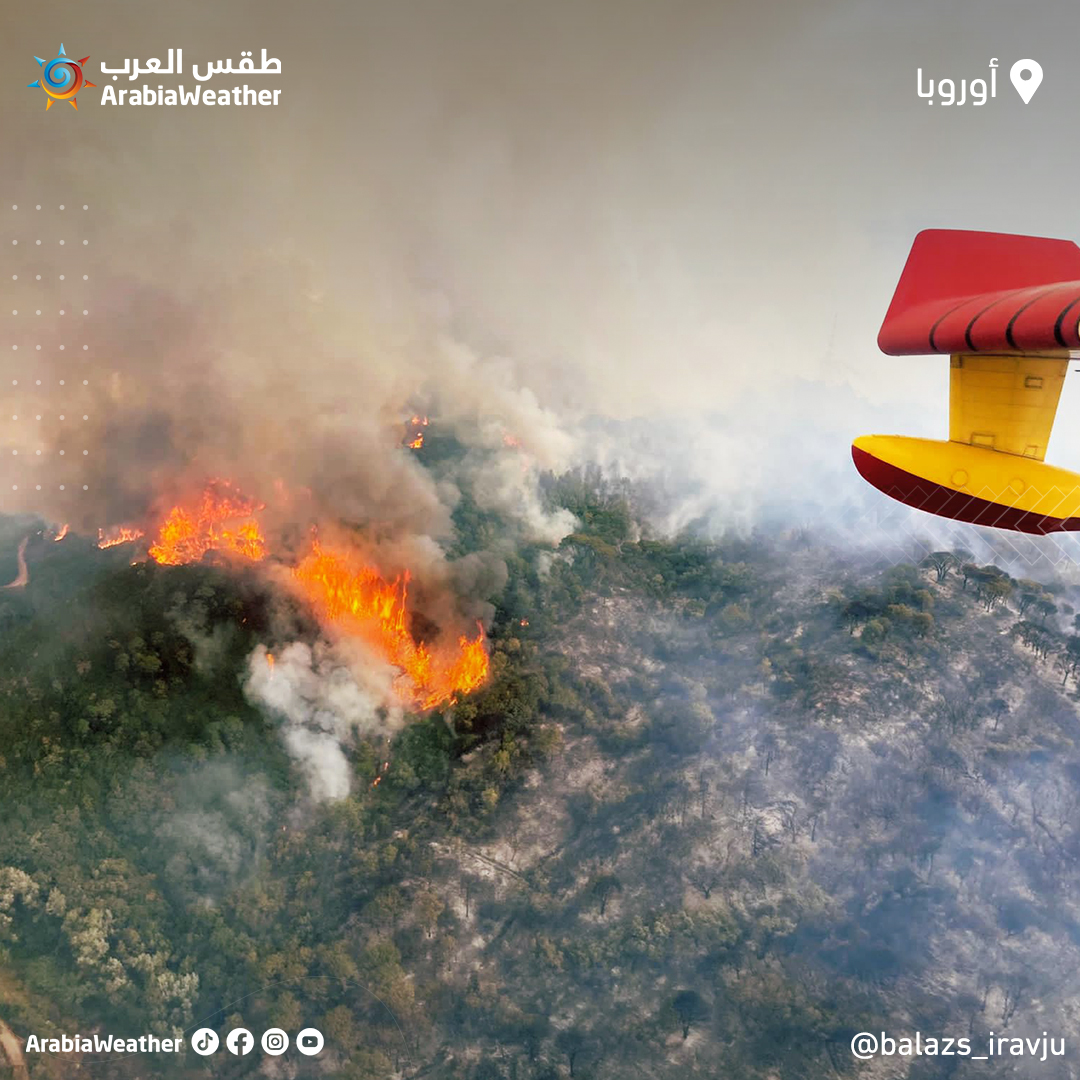 And fires broke out in parts of the Extremadura region - Spain, near the Portuguese border, where personnel from the Spanish military emergency unit were deployed to stop the spread of flames, amid the regions of Castile and Leon, and the fires broke out on an area of 98,000 acres since the beginning of the year, more than three times the area devastated by fires in the same period last year, according to data from the Institute of Nature and Forest Conservation.

The forest fires destroyed about 73 km southwest of France and forced 10,000 people to evacuate their homes, most of them tourists, and some of them to shelters set up by local authorities.

Read also: Forest fires .. How do they start? And what is the role of the weather in its spread?!

A fire broke out in the pine forests near Don de Pilate, which includes the longest sand dunes in Europe and is a source of attraction for tourists, and Portugal recorded a record temperature in July, which reached 47 degrees Celsius.

For its part, the Health Security Agency in Britain raised its warning of the impact of heat on health from the third level to the fourth, which is a "national emergency."

And firefighters and the army in Morocco had controlled four fires that spread in forested areas in the north of the country, according to the director of the National Center for Climate Risk Management, Fouad Assali.

The forest fires sparked by violent winds did not result in any injuries, but caused the evacuation of nearly 500 families, "as a precautionary measure", in the regions of Larache and Taza, according to official data.

Also read: Heat wave developments in Europe: The heat wave’s impact on Portugal declined in the middle of the week, offset by the expansion of the heat wave’s influence towards additional countries

Al-Assali explained that the forest fires , fueled by strong winds, broke out in the northern provinces of Larache, Ouazzane, Tetouan and Taza, causing great losses in the regions.

Parts of Europe continue to see raging wildfires with extreme heat. The fire shown here is burning in southwestern France. Nearby Bordeaux, France reached a high of 97 °F Saturday. The forecast for Sunday is even hotter with a high of 102 °F. #heatwave #fire #France pic.twitter.com/b2Fong2ftD