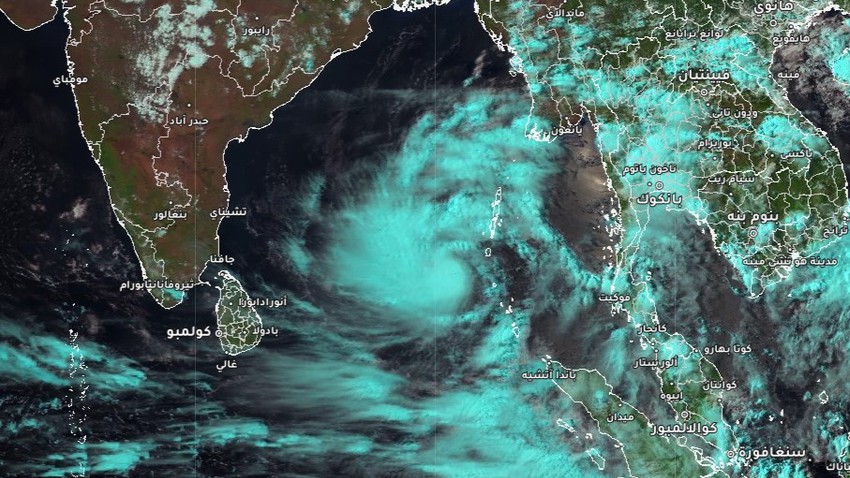 Weather of Arabia - The attention of weather enthusiasts is directed towards the Bay of Bengal, specifically in the southern part of it, where the development of tropical turbulence into a deep tropical depression was announced, and it is expected to develop in the coming hours into a tropical storm.

A huge mass of rain clouds monitored by satellites

In the details, satellite images monitor, in the meantime, a large mass of rainy clouds associated with the tropical situation, which is currently stationed in the south of the Bay of Bengal, loaded with large amounts of heavy rain and accompanied by strong winds, while the tropical situation is expected to move in the coming days in the northwest direction, northeastern aspects of India. Coinciding with the increase in wind speed around its center, it will be classified as a tropical storm, God willing. 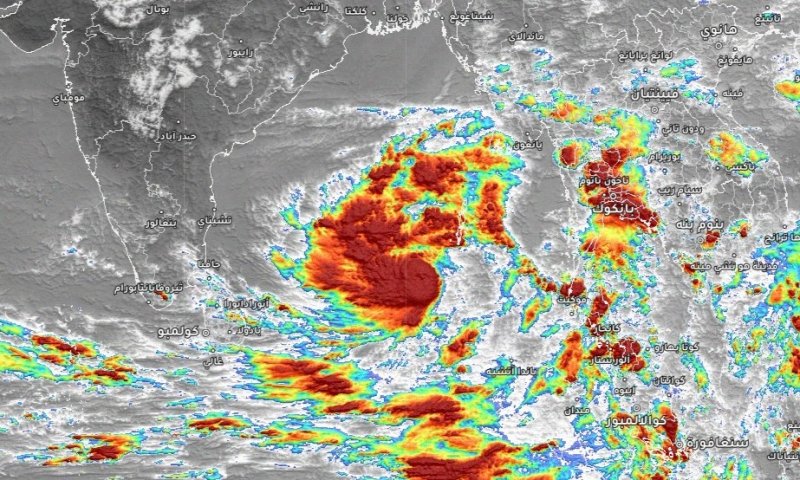 According to the monitoring data, the center of the tropical situation is located at (9.6) degrees north latitude, and (91.3) degrees east longitude. According to the Indian regional center, Asani, named by the Republic of Sri Lanka, will be the next name for the expected tropical storm.