Experts explain the cause of the historical floods that swept Germany, Belgium and the Netherlands 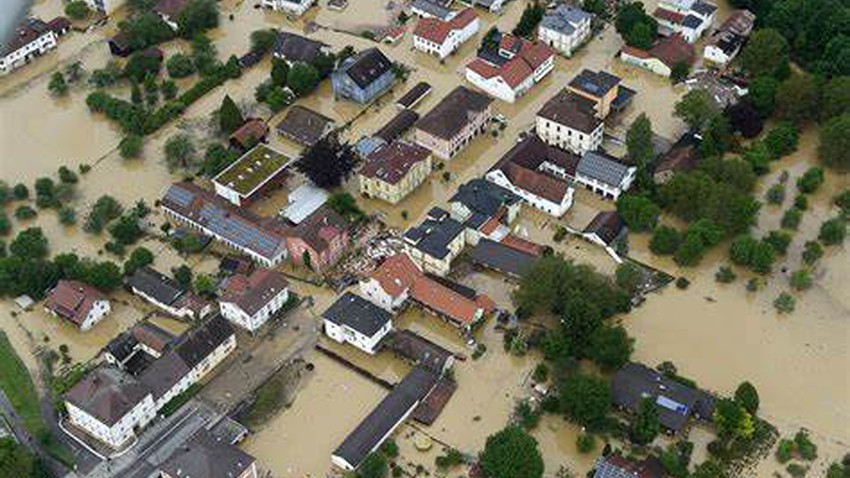 Weather of Arabia - At least 120 people were killed and more than 1,000 people were missing after historic floods swept through towns and villages across Western Europe, flooding described as the worst in decades.

The amount of rain broke records in rainfall records across Germany, the Netherlands and Belgium, with some areas inundated with nearly 150 liters of rainwater per square meter in less than 48 hours, and rivers overflowing miraculously across the region, leaving behind a large trail of rain. destruction.

The dramatic floods come just days after a deadly heat wave swept across swathes of North America, sparking wildfires and drought conditions across the continent. This raises several questions about the relationship of extreme weather to climate change!

Is this happening because of climate change?

Although it's hard to immediately say that an extreme weather event is the direct result of climate change, climate scientists say it's very likely human-caused pollution is a factor in this week's floods in western Europe.

"This is exactly the kind of event you would expect from climate change," said Dr Liz Stevens, associate professor in the Department of Geography and Environmental Sciences at the University of Reading.

We know for sure that we will get more heavy rains as a result of climate change. We will experience more frequent storms like this one, with heavy rain."

Studies are already underway, and experts should know in a few weeks to what extent climate change has increased the likelihood of these floods.

Why was the rain so heavy?