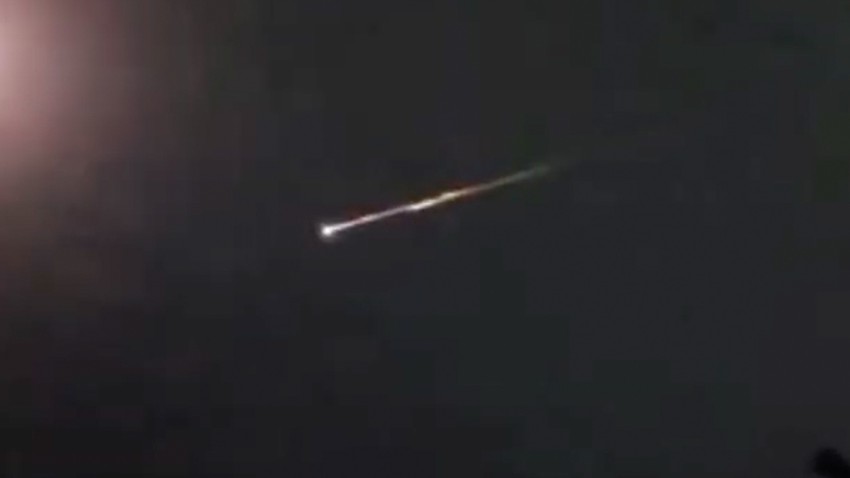 Arabia Weather - A flaming ball suddenly appeared and lit up the skies of parts of the United States, described by the media and eyewitnesses as a "mysterious fireball" that briefly appeared in the sky on Wednesday (October 20) at about 12:43 AM EDT, sparking There is widespread speculation about what it might be.

WDIV meteorologist Paul Gross said Wednesday night was approaching the peak of the Orionid meteor shower and that the fireball could be a large piece of space debris that burned up in the atmosphere.

But the American Meteorite Society (AMS) came to a different conclusion from this conclusion, noting that what was observed "was not a normal fireball" but appeared to be "the re-entry of an unknown satellite or spent missile object."

The truth about "fireball"

The fireball was the return of an invalid Russian satellite that burned up after re-entering the atmosphere. The satellite is known as Kosmos-2551, a Russian reconnaissance satellite that was launched on September 9 but appears to have failed shortly thereafter.

There were no reports of the satellite causing harm to anyone on Earth, as tracker Jonathan McDowell, based at the Harvard-Smithsonian Center for Astrophysics, said in a tweet on Twitter on Monday that the satellite is "believed to weigh about 500 kilograms." Only (1,100 pounds) and no debris is expected to reach Earth."