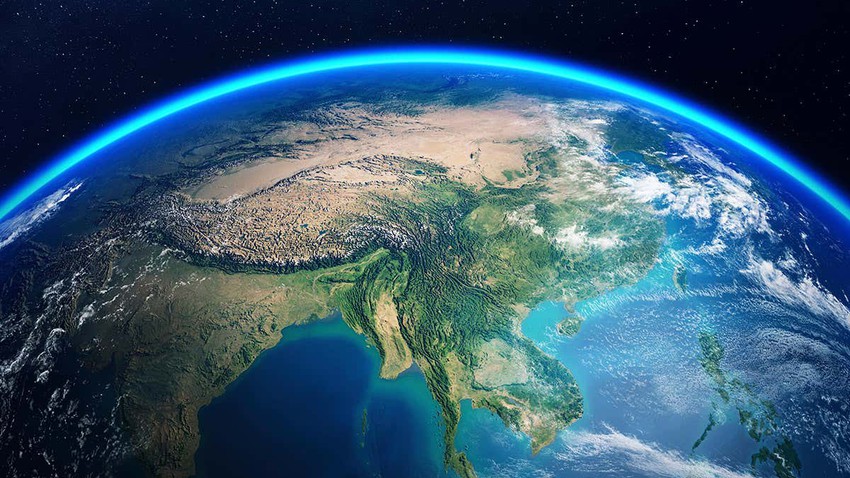 1. Ozone is a pale blue gas made up of triatomic molecules, which are oxygen atoms (O3).

3. Ozone in the upper atmosphere is formed from the union of an oxygen atom with a binary oxygen molecule by the electrical discharge of lightning during thunderstorms.

4. Ozone is formed in the lower air layer near the surface of the earth on hot days by the effect of sunlight (ultraviolet rays) on air polluted by nitrogen oxides and volatile organic compounds.

5. Ozone is a poisonous gas for humans and can damage the lungs when inhaled, so it is harmful when it is near the surface of the earth.

6. Ozone was discovered as a new substance in the air in 1840, and was named (before its chemical nature was known), after the Greek word (Ozein) which means "smell" because the gas has a distinct and sharp odor similar to chlorine, which can sometimes be observed after storms Thunder in which lightning abounds. The composition of ozone was determined in 1865.

7. The ozone molecule (O3) may decompose into dioxygen (O2) when it interacts with some manufactured compounds that contain chlorine.

Information about the ozone layer