Facts about the spring equinox in Jordan for the year 2022... and the changing features of the weather 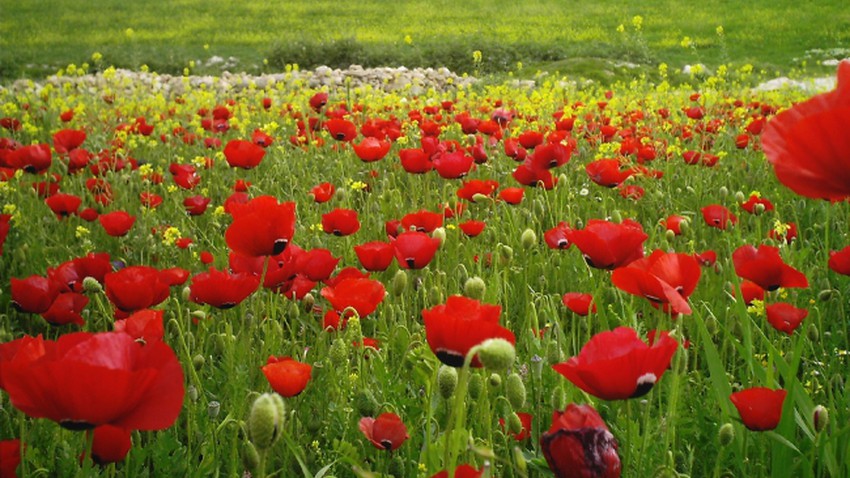 Weather of Arabia - Astronomical calculations indicate that the date of the spring equinox for this year 2022, in Jordan and all countries of the northern hemisphere, falls on Sunday, March 20, at 06:32 pm, when the sun is perpendicular to the equator, and in On this day, the fiftieth year of this winter ends, and the spring season begins astronomically.

Sunrise and sunset on the vernal equinox

The difference between the beginning of spring astronomically and in meteorology

The spring of this year lasts astronomically for 93 days, until the 21st of next June, that is, the day of the summer solstice and the first day of the summer season. As for meteorology, the spring season begins at the beginning of March and ends at the end of June of the same year.

Starting from the vernal equinox, the daylight hours are gradually increasing in the northern hemisphere, as a result of the sun's gradual movement towards the north, which leads to an increase in the amount of solar radiation that reaches our region and thus temperatures tend to gradually rise.

Change in weather features after the vernal equinox

It begins with the vernal equinox, usually called the five -year period, during which depressions are generated in the south of the Atlas Mountains in the Maghreb, and they move towards the east and travel near the coasts of North Africa until they reach the eastern Mediterranean region.

These pentagonal depressions are usually preceded by hot, dry south winds laden with dust and dust called the pentathlon, which often leads to infections in the throat, eyes and respiratory system due to suspended materials carried by the pentathlon.

Dust also causes a decrease in horizontal visibility, which leads to the disruption of vehicle movement and the closure of some airports, ports and public facilities in many countries of the region.

Dry winds will be followed by moist westerly or northwesterly winds, which may be accompanied by rain with thunder showers, which are described as "mud rain" because of the dust attached to them during their rains.

The rainfall that usually falls from the beginning of the spring to the middle of May, as an average calculated over long periods, constitutes 11% of the average rainfall of the rainy season in Jordan.

The following video presents facts about the vernal equinox for 2022 and an overview of weather features in Jordan's climatic records during the spring:

Climatic records of spring features in the capital, Amman

At the level of the Kingdom, the climatic records of the meteorological stations at the Meteorological Department indicate that the astronomical spring season in previous years witnessed the following:

Read also: Facts about the vernal equinox that make it distinct from the rest of the year

Read also: Ajloun .. A charming Jordanian city that combines the wonders of nature and wonderful weather with the genius of military construction