Firefighting plane crashes in Turkey, killing all on board 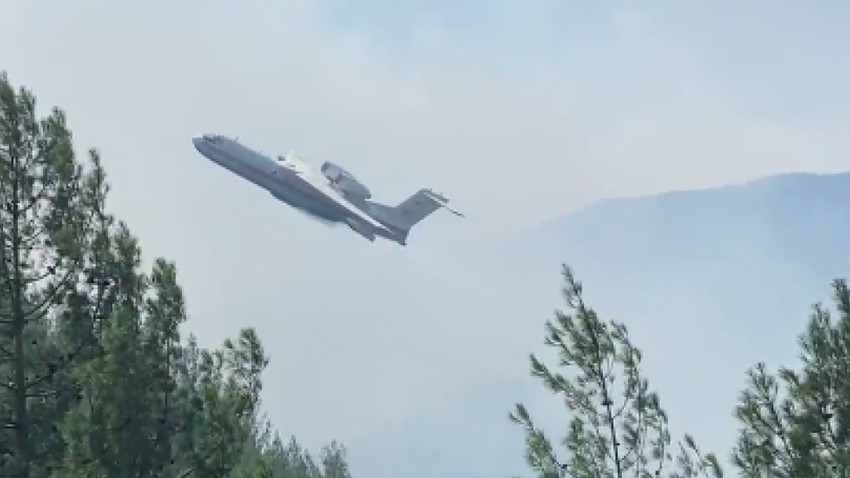 Weather of Arabia - Today, Saturday, a firefighting plane chartered from Russia crashed while it was participating in extinguishing the fires in southern Turkey, with five Russian soldiers and three Turkish officers on board, and media reports, quoting the Russian Ministry of Defense, stated that all eight people on board the plane had died. their death.

The official Anadolu news agency reported that rescuers rushed to the scene after watching television footage showing plumes of smoke rising from a mountainous area believed to be the wreckage of the plane.

The plane was participating in extinguishing wildfires burning in Onikisupat district of Kahramanmaras province when contact with the plane was lost shortly before it went down, as the plane went down near Adana as it was about to land.

The wildfires raging in southern Turkey have caused massive devastation this month, resulting in multiple loss of life. Turkey has battled nearly 300 forest fires since July, which the government described as the worst in history.