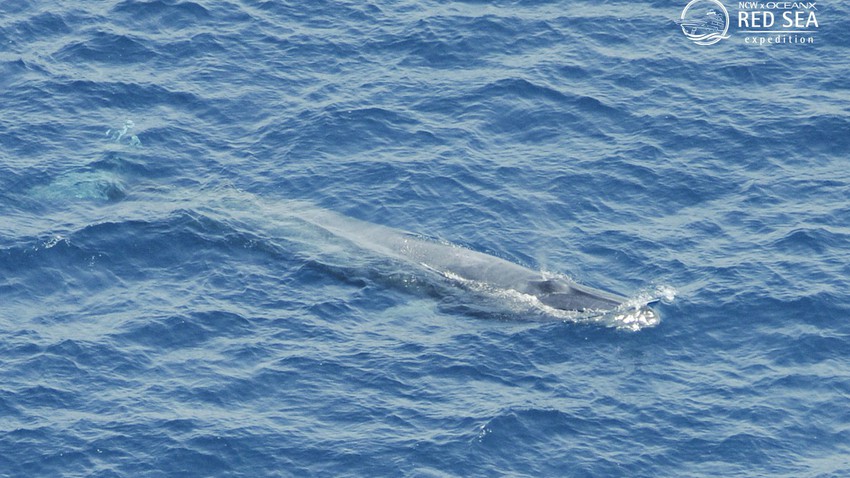 Weather of Arabia - The National Center for Wildlife Development announced the monitoring of five rare whales on the shores of the Red Sea near Al-Qunfudah in the Tihama region of the Makkah Al-Mukarramah region.

The National Wildlife Center wrote on its Twitter account: "Bridal whale (Balaenoptera edeni brydei) is breathing 60 km from the shores of Al-Qunfudah. These whales are very rare in the Red Sea. Five whales were documented during the Red Sea Expedition (RSDE)".

A mail whale (Baleanoptera edeni brydei) appeared to us 60 kilometers from the shores of the hedgehog as it climbed to breathe. These whales are very rare in the Red Sea. Five whales were documented during an expedition to explore the Red Sea. #RSDE #decade_journey pic.twitter.com/tj5Aca84FZ

These whales were found and documented during the Red Sea Exploration Expedition (RSDE), a trip that brought together 126 researchers to carry out scientific research activities and study marine life, in cooperation with NEOM, Amaala Project, King Fahd University of Petroleum and Minerals, King Abdulaziz University and King Abdullah University of Science and Technology. for 19 weeks.

Dr. Mohamed Ali Qurban, CEO of the National Center for Wildlife Development, explained that the trip aims to provide a clear view of the Red Sea environment and study mammal species, biodiversity and environmental characteristics, including physical and chemical properties. The trip will also display the biomass of coral reefs, seagrass, sea turtles and other creatures. which abound in the Red Sea.

The trip will provide the first comprehensive survey of previously unstudied areas in the entire extension of the Red Sea and the Gulf of Aqaba in the north, and promises the production of documentaries and professional media materials on the various regions of the Red Sea.

Brydei whales are very rare in the Red Sea due to their presence in tropical and temperate waters all year round, and are often confused with Sea whales because they share many morphological similarities.

The Brydei whales comprise a group of whales that includes the balaenoptera brydei, the largest species found worldwide in warm temperate regions and tropical waters, and the smaller Balaenoptera edeni brydei, which is restricted to the Indian and Pacific oceans.

Earlier this month, the National Center for Wildlife Development (NCW) revealed some other rare species found during the Red Sea expedition, including the whale shark (Ryncodon Typus), one of the largest creatures in the Red Sea, with a length of 10 meters.

The whale shark, Ryncodon Typus, is one of the largest creatures in the Red Sea, with a length of 10 meters. Despite its large size, it feeds on plankton. #RSDE #decade_journey pic.twitter.com/AFXwJi64m5

The other is the dugong (dugong), an endangered marine mammal. It is believed that there are about 2,000 left in the Red Sea, and the surveys of the expedition will help find out how accurate this number is.

Fun topics: Why do flies rub their hands in front of us as if they are preparing for an evil deed or to take over the world?!

You may also be interested in: Insect Allergy .. Causes and Treatment Methods