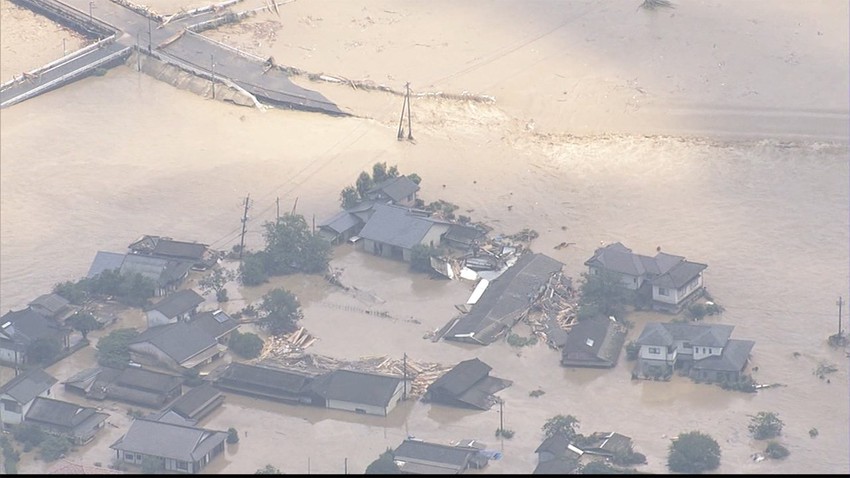 Floods 20 deaths and 14 missing due to flooding

Arab Weather - The number of deaths in Japan due to floods and landslides due to the heavy rains that affected the island of Kyushu in the south of the country rose to 20 deaths and 14 missing on Sunday.

Heavy rains also caused the evacuation of more than 76,000 residents, and Japanese Prime Minister Shinzo Abe announced the dispatch of thousands of army soldiers to participate in rescue operations on Kyushu Island.

And the Japan Meteorological Agency expected more rain after the unprecedented rains that fell on Saturday in Kumamoto Prefecture.

These floods are considered the worst natural disaster in Japan since Hurricane Hajibis, which left about 90 people dead in October last year, according to "Reuters"