Floods claim dozens in the Indian state of Assam 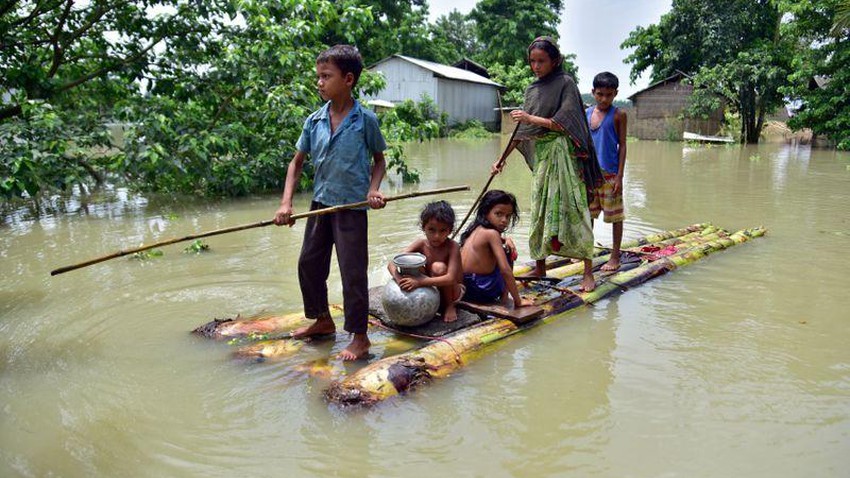 Arab Weather - Indian authorities said on Monday that torrential rains and floods in Assam state have killed at least 84 people and displaced more than 2.75 million people since May, while they are trying to recover the bones of nine rare rhinoceros that drowned in the past ten days.

Rescue teams have faced high flood waters amid the outbreak of the Corona virus, as villagers who have left their homes due to the floods gather in shelters.

"It is difficult to enforce social divergence when people are asked to stay away from the rising waters," said Sangamitra Sanyal, a member of the state's flood response team in northeast India.

Officials have warned of expectations that the Brahmaputra river will rise by 11 centimeters, after two weeks of flooding on its banks, causing the flooding of more than 2500 villages.

Assam, a country famous for its tea plantations, is flooded every rainy season.

Kaziranga National Park, which is home to the largest gathering in the world for the Indian rhino, is also flooded with floods and includes an estimated 2,500 of the total of these 3000 animals.