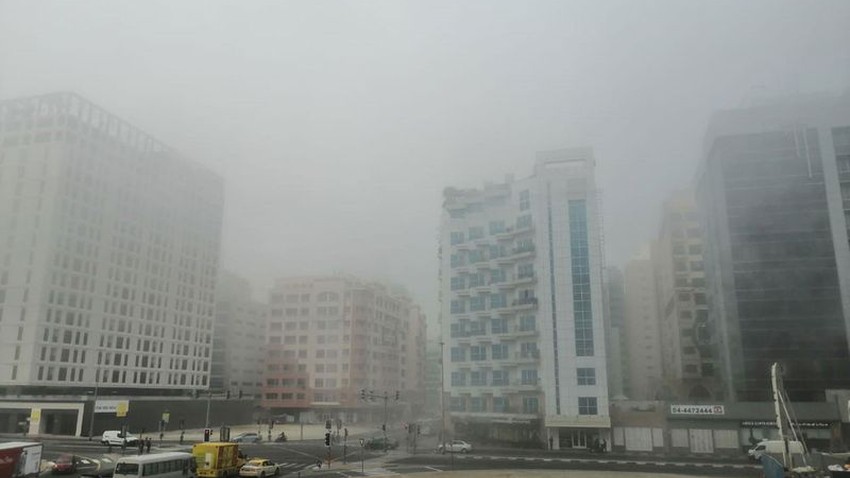 Arab Weather - Dense fog covered the skies of many cities in the Emirates again this morning, as residents of Abu Dhabi, Dubai, Sharjah and Ajman woke up to strange scenes of fog spreading on the horizon, and police throughout the Emirates urged car drivers to be careful and drive slowly, as the fog caused the Poor visibility on roads across the country.

The National Weather Center (NCM) issued a red alert and warned motorists of an opportunity to form fog with reduced visibility over most inland and coastal areas as of 9.00 am today.

The maximum temperatures in coastal areas will reach 32-36 degrees Celsius and 20-26 degrees Celsius in mountainous areas. And the winds will be light to moderate, which will be active at times and cause dust and dust, at a speed of up to 30 km / h.

Humidity and chances of fogging

As for the humidity, it ranges between 70-95% in the interior regions, while in the mountainous areas it is expected to reach 45-60%. It is expected that the relative humidity will increase at night and on Friday morning, especially over the coastal and inland areas, causing fog to form .

What is the ideal breakfast in Ramadan to maintain health?

Discoveries that changed the world | passport