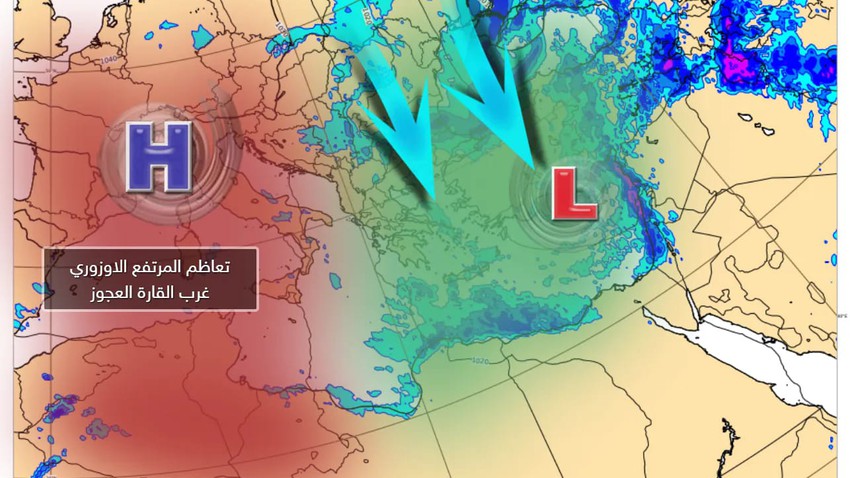 The latest satellite images received at the Arab Weather Center indicate the intensification of the # air high west of the old continent and its long stay, during this period the country will be affected by more than one air depression, God Almighty, as the first activity begins tomorrow in the form of rain showers in the north of the country and the Palestinian coast And some mountains, especially the western ones , following an extension of an atmospheric depression.

~ The push of the air depression is renewed after a push from the polar mass in eastern Europe, where temperatures drop dramatically, and heavy rains fall (at intervals) in the country, on Friday and Saturday, and it is of a fast nature, God willing.

~ With a little break on Sunday and part of Monday - the country is affected by a new depression accompanied by a polar air mass, accompanied by a significant drop in temperatures, and heavy rain in various regions, (and the details are still unclear), without much reliance on the topic of # Snow ! .

An agricultural researcher expects the rainy season 2022/2023 to be delayed for this reason!