For the first time in its history, Greece is running the country entirely on renewable energy 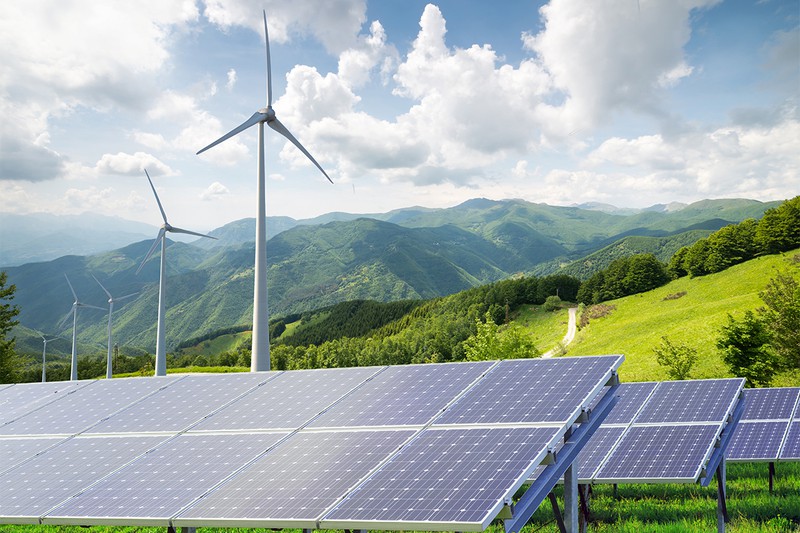 Weather of Arabia - Greece achieved a historic achievement last week and broke a new record, by operating the country entirely on renewable energy, for a period of 5 hours.

Greece ran entirely on renewable energy for five hours on Friday, October 7, for the first time ever, using solar, wind and hydropower, hitting a record 3,106 megawatt-hours at 9 a.m. local time, according to the independent power transmission operator in Greece. country.

"For the first time in the history of the Greek electricity system, demand was covered by 100% of renewable energy sources," the power transmission operator said.

In the eight months leading up to August this year, renewables made up 46% of the country's energy mix, up from 42% in the same period in 2021, according to The Green Tank, a Greece-based environmental research center.

Green Tank described the achievement as "a record of optimism as the country transitions to clean energy, weaning ourselves off fossil fuels, and ensuring we are satisfied with clean energy."

Greece aims to more than double its green energy capacity as it hopes renewables will make up at least 70 percent of its energy mix by 2030.

According to electricity data from EMBER, an independent research center, Greece produced 39.4% of its electricity from renewable energy sources last year, including 19.8% from wind power , 9.9% from hydro and 8.9% from solar.

It produced 61% of its electricity from fossil fuels in 2021.

You may also be interested in: Egypt... The start of operation of the largest solar power plant in Sharm El Sheikh

Greece currently outperforms the Netherlands, Germany, France, the United Kingdom and many other European countries in terms of renewable energy production.

However, Greece's transition to clean energy has not been without challenges. Greece, like other European countries, has reduced its dependence on Russian gas by increasing imports of liquefied natural gas (LNG) to meet its needs. It also increased coal mining, which delayed its plan to give up carbon sources.

You may also be interested in: Europe breaks its green agenda and returns to coal despite the consequences of climate change