For the illustration: The snow thicknesses recorded until 5:00 in the morning on Thursday 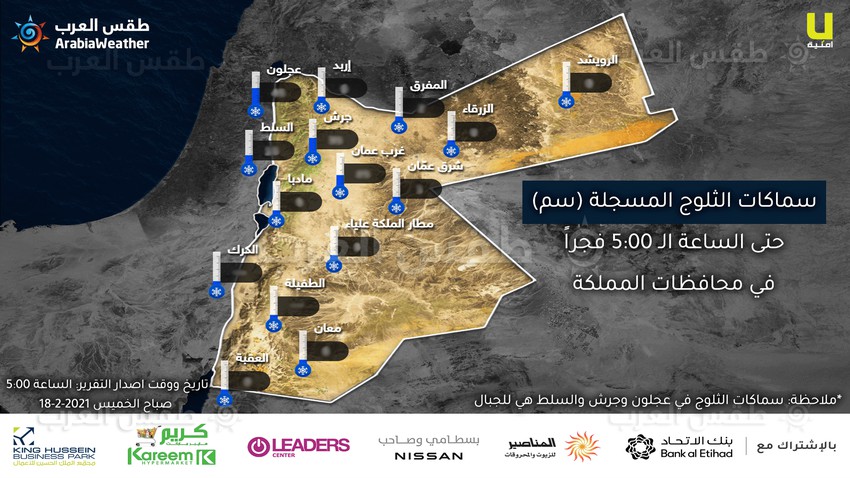 Arab Weather - The Kingdom is affected by a fourth-degree air depression according to the severity of depressions index developed by the Arab Weather Team, as rain and snow worked in the central and northern regions, and snow began falling from the hours of Tuesday evening in the Ajloun governorate and extended to the mountainous heights in the central regions

With the afternoon hours on Wednesday, the polar air front (very cold) began to cross, where it worked on heavy snowfall in the northern and central regions, and worked on accumulations, suffocating traffic crises and traffic accidents

Following is the recorded quantities of snow (cm) in the Kingdom until 5:00 in the morning:

Note: The thickness of snow in Ajloun, Jerash and Salt is for the mountains 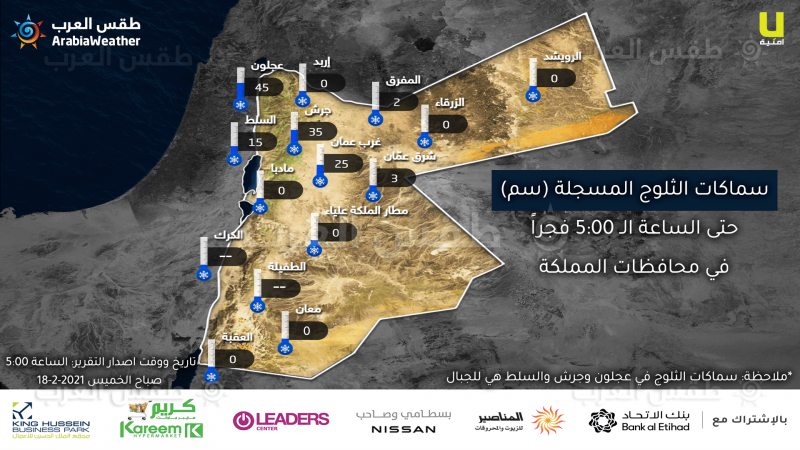