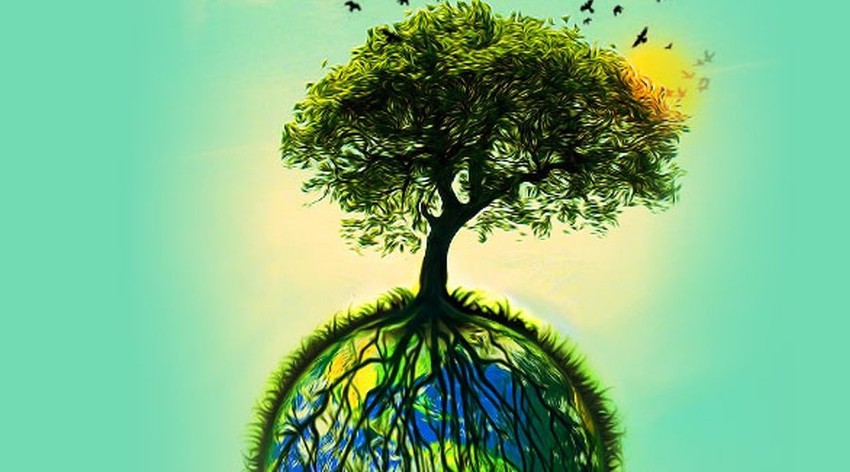 For the sake of nature!

Arab Rituals - Secured Arrows - On June 5 of each year, the world celebrates the World Environment Day, and the theme of this year's celebration will be biodiversity under the title for Nature.

What is biological diversity and what is its importance?

Biodiversity is defined as the contrast between the types of living organisms that make up the system of life on Earth that consist of more than 8 million species of creatures from plants, animals, insects, fungi and bacteria with genetic variations within the same type that lead to the different strains, in addition to the ecosystems that constitute Habitat for these organisms such as aquatic environments, forests, deserts, plains and polar regions and wetlands.

The importance of healthy ecosystems rich in biodiversity lies in the fact that they support the presence of humans and all life on land or under water by cleaning the air we breathe and purifying the water we drink. These systems also provide the human needs of food, raw materials and natural treatments, in addition to the role that they play. By these systems to mitigate the effects of climate change and protect from natural disasters through a delicate balance between the work of each of them, which leads to the breach of it to the unbearable consequences!

For example: trees purify the air by absorbing carbon dioxide from the atmosphere, releasing oxygen to the atmosphere in return. The trees also constitute the habitat for many birds, insects, fungi, climbing plants, and even some small animals and reptiles. Trees also play several important roles in cities. In addition to the aesthetic value that plays an important role in mental health and reducing stress, some trees produce important fruits in the human food chain and for many other organisms. They also play a role in reducing pollution levels and lowering temperature as they constitute The habitat of many organisms, for example the fully-developed oak tree is home to nearly 500 different species. And the fully developed tree can absorb 150 kilograms of carbon dioxide annually! In addition to that, trees play a role in saving money by reducing health treatment costs by reducing pollution and thus reducing the number of people with allergic attacks and the resulting therapeutic and job breakdown costs, as trees provide money by reducing cooling costs through their role in reducing degrees of the heat.

Human activities have major impacts on the stability of ecosystems. Examples include deforestation through logging, fires, or logging, with the aim of converting forest lands into agricultural uses, or setting up livestock farms, as happens in rain forests in South America, attacks on habitats and wildlife, and attacks on agricultural lands. In addition to these immediate, immediate impacts, climate change causes a silent and long-term effect that reaches the stage of the extinction of many species, and this has serious consequences for mankind that may include the collapse of the food system and health system. We have in the current crisis resulting from the Covid pandemic 19 lessons that when we lead the processes of destroying ecosystems and biological diversity, we necessarily destroy the systems that support our lives and our existence on the planet! It is time for us to realize that our health is linked to the health of the planet and its environmental and ecological systems.

What makes the loss of biological diversity one of the most important environmental problems is that in the case of access to the extinction of important living organisms in the stability of the ecosystems, this means the inability to recover these losses, while in other environmental problems such as pollution can be addressed through technology or legislation Or awareness of the opposite of biological diversity where extinct organisms cannot be recovered.

Some countries are taking initiatives to plant millions of trees in order to restore the state of degraded ecosystems, which will be reflected in climate change in an attempt to slow the process of global warming. These trees will absorb millions of tons of carbon dioxide and will play a role in stabilizing the soil and preventing it from eroding, thus reducing the disasters resulting from Extreme climate events, in addition to its role in reducing these climate disasters.

We hope to see the name of Jordan on the list of countries that adopt these initiatives related to tree planting soon!

ArabiaWeather Company shall not be responsible for any republication. The materials published in the “Arabia Weather Blogs” in the various media, which puts anyone who publishes these blogs in the name of the Arabia Weather or quoting the Arabia Weather under liability and legal accountability.
This article was written originally in Arabic and is translated using a 3rd party automated service. ArabiaWeather is not responsible for any grammatical errors whatsoever.
See More

What happens to plants when the total eclipse of the sun?

China | One person died and 4 others lost in floods