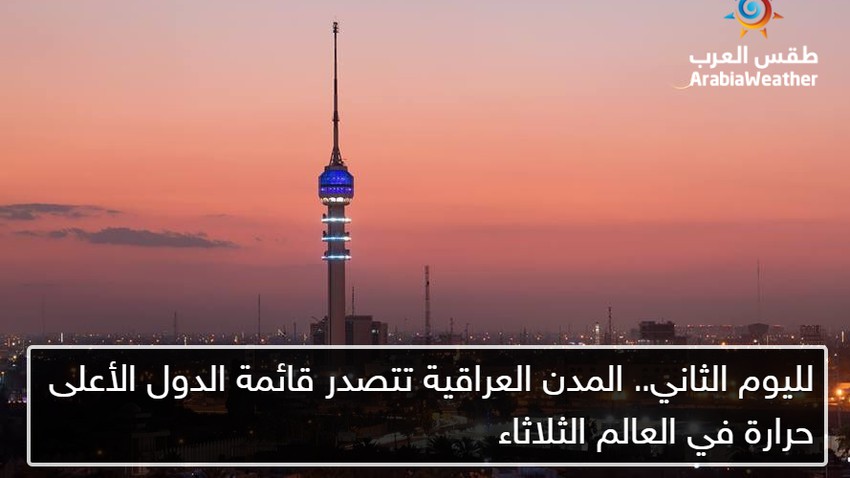 Ali al-Gharbi recorded the highest temperature in the world at 52 degrees Celsius, followed by the Iraqi capital Baghdad with 51.8 degrees, then Nasiriyah with 51 degrees Celsius and the city of Kut at 50.8, then the city of Ain al-Tamr with 50.6 and then Diwaniyah with 50.5,

In the seventh place came the Qaisumah region in Saudi Arabia, with 50.4, and the Iraqi city of Basra, in the eighth rank, with 50.4 degrees Celsius.

The highest temperature recorded in Iraq through its climate archives

The highest temperature recorded in Iraq through the climate archive was 55.6 degrees Celsius in the western city of Ali, Maysan Governorate, on 6/7/2019.