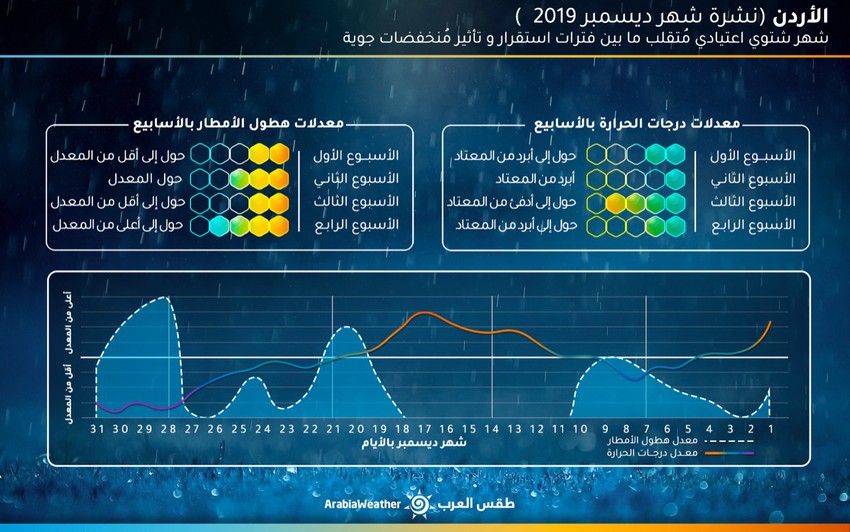 The monthly weather forecast for December 2019 issued and it's indicating that the month will be characterized by a normal and seasonable winter month between periods of stability and periods of impact of depressions coming from West and North West.

In detail, it is expected that the Kingdom and the region will be affected by an atmospheric low pressure by the end of the first week of the month, which will bring some rain in some areas, followed by a leak of cold air coming from the north towards Badia al-Sham, which reduces temperatures at night to low levels leading to frost form.

The second week of the month will be different as temperatures are expected to be colder than the average while the amounts of rain are around their rates with chances of exceeding the averages in some areas, while the weather is expected to turn later to become the third week of the month with warmer temperatures than usual, and amounts of rain below average.

In the fourth week and at the end of this month, temperatures are expected to drop to colder than average, while rainfall will be about to be higher than average.

You can read more details such as detailed weather patterns, snow probabilities this week by joining the VIP package available within the ArabiaWeather app (available only in Arabic).

Tuesday Stable weather during the day ... and a chance for light showers at night