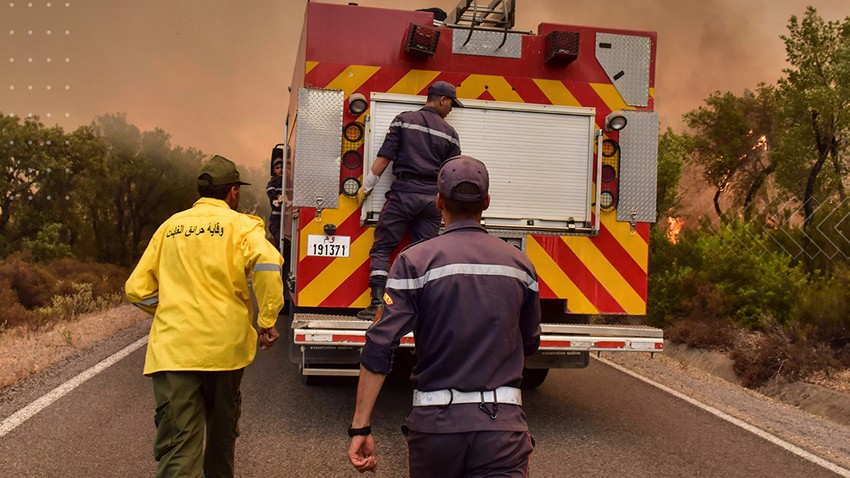 Arab Weather - Hundreds of Moroccan firefighters and soldiers have been mobilized to confront the forest fires that have been burning for days in the forested areas in the north of the country .

Half of the 4,660 hectares (11,500 acres) of Larache was affected by the fires, where the largest fire occurred and one person died. Local officials said that more than 1,320 families from 19 villages in the region were evacuated .

Soldiers were sent to help fight the fires in Ksar el-Kebir, one of the most inaccessible areas. Strong winds have made it more difficult to fight the fires, and hundreds of hectares of forest have been burned in the neighboring provinces of Lausanne, Tetouan and Taza .

Morocco is also suffering from a severe drought in recent days, with temperatures approaching 45 degrees Celsius

On the other side of the Strait of Gibraltar, fires also burned in southern Europe - from Spain and Portugal to France and Greece 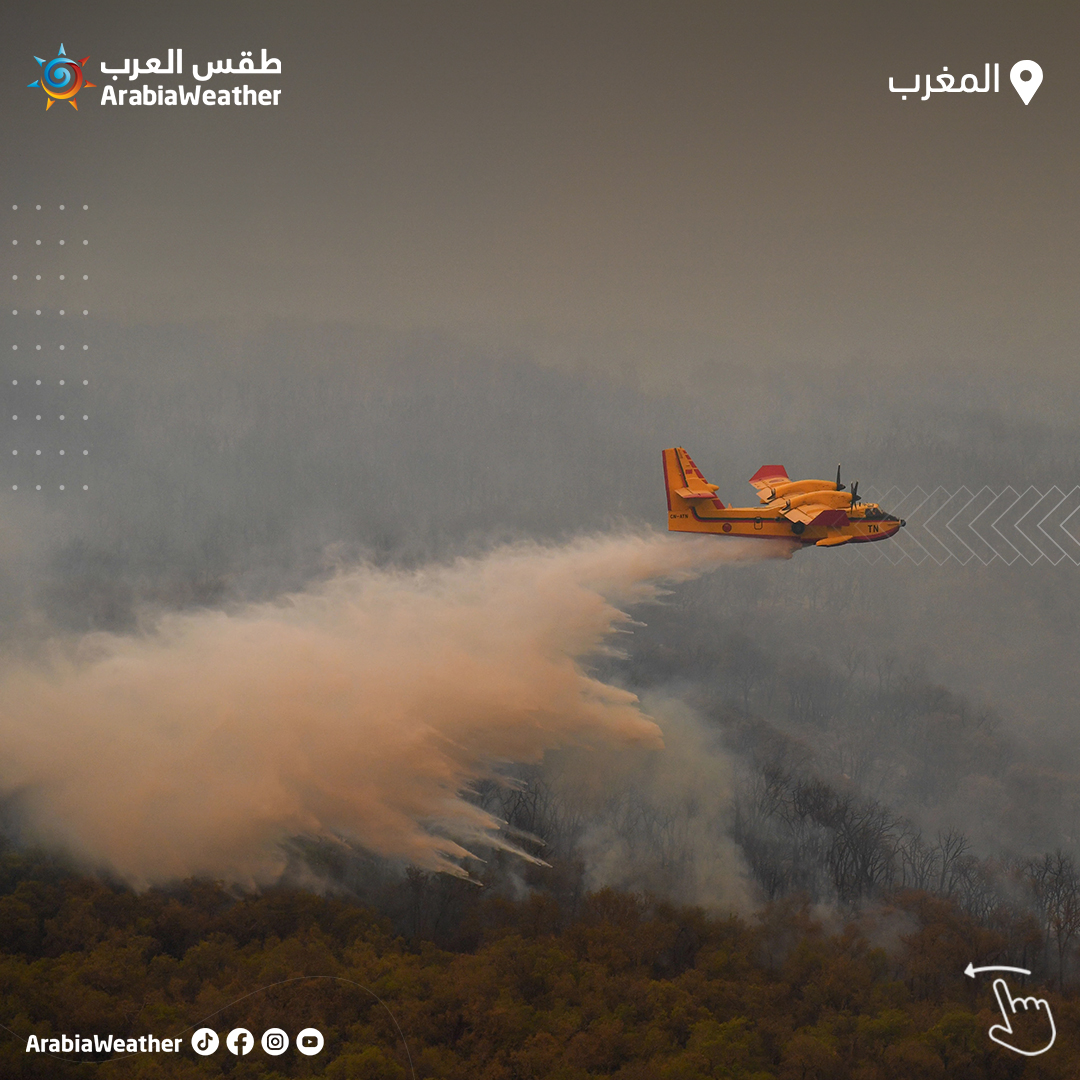 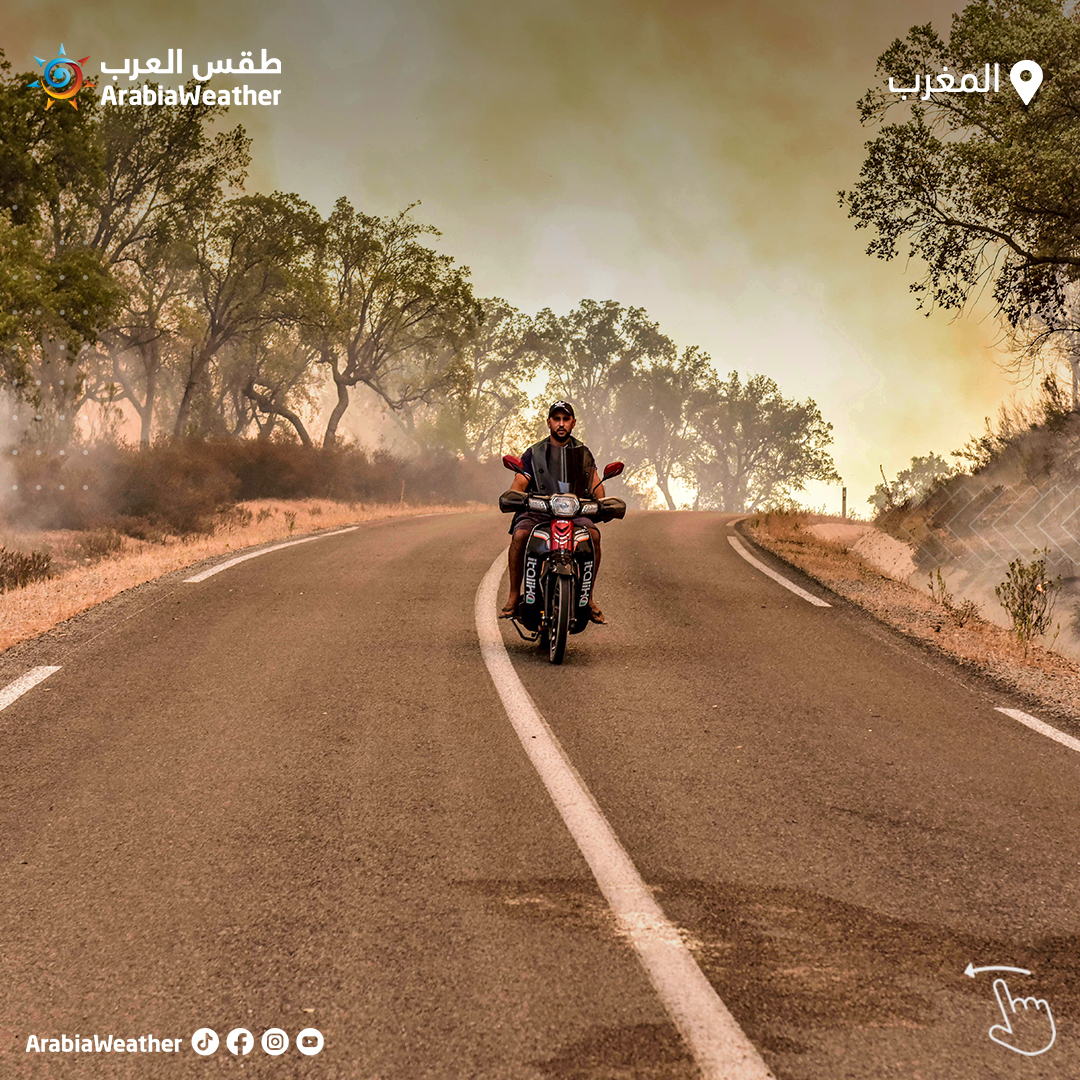 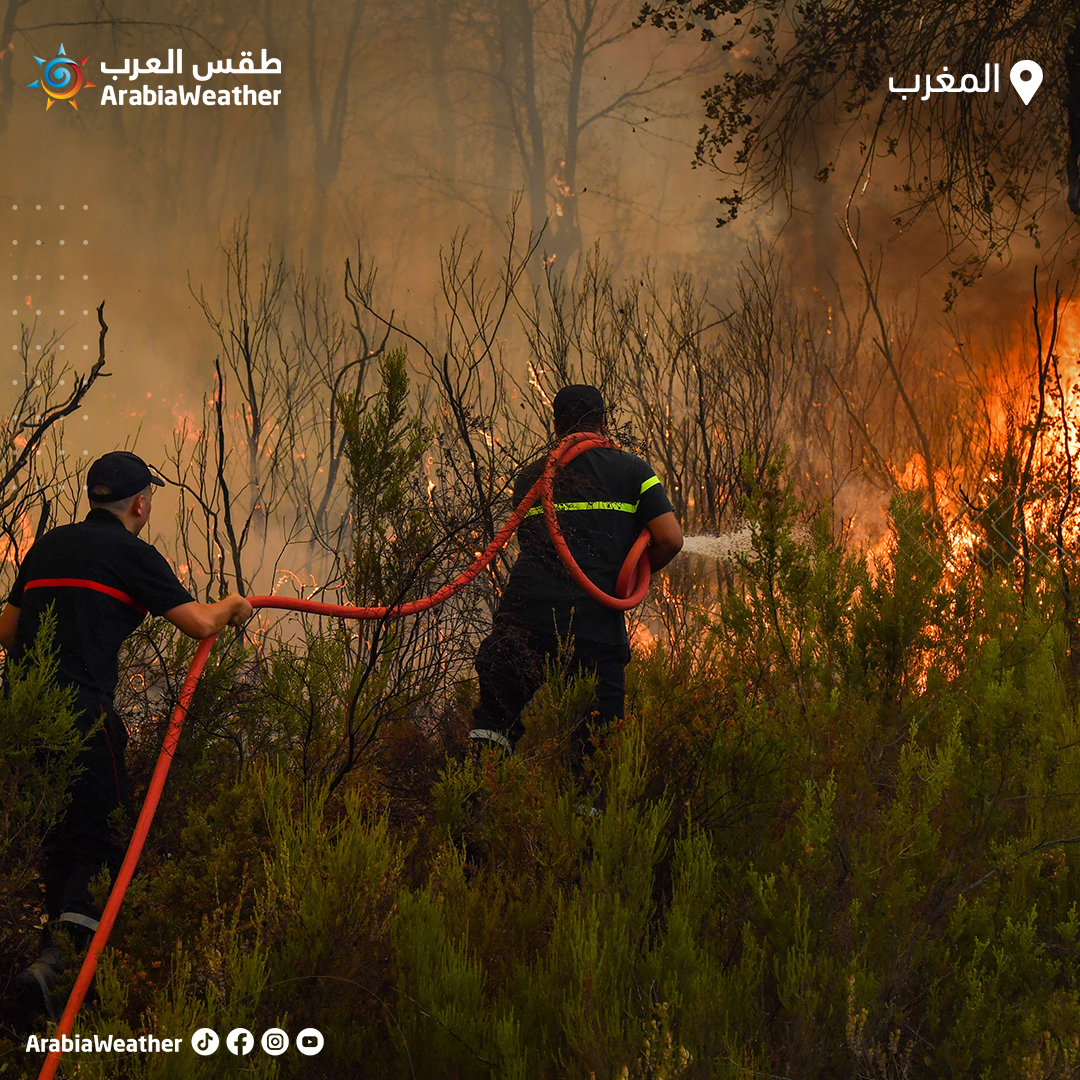