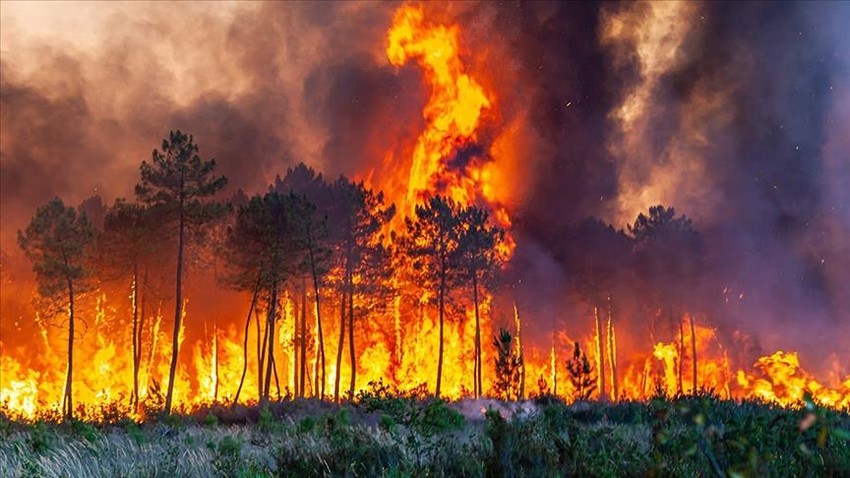 Weather of Arabia - Forest fires that broke out in southwestern France destroyed more than 1,000 hectares of land, amid record temperatures of 39 degrees Celsius.

And the Associated Press reported, on Tuesday, that the fires raging in western France forced residents to evacuate their homes.

The fires that began to erupt on Monday forced the evacuation of more than 500 people in the Gironde region, where a smaller fire broke out south of Bordeaux, near Dax, where temperatures reached 39 degrees Celsius, which is unusual for this time of year.

The strong winds hampered the efforts of hundreds of firefighters, who struggled to put out the flames through the night until Tuesday, with little success.

Firefighters have not yet been able to contain the fires.

Two Canadian aircraft, along with helicopters and another Dash aircraft, took part in the efforts to put out the fires.

On Monday, the French meteorological agency, Meteo France, recorded record temperatures for the month of September, especially in the southwest, due to the heat wave coming from Morocco.

The temperature reached 39.1 degrees Celsius in the Landes region in southwestern France.