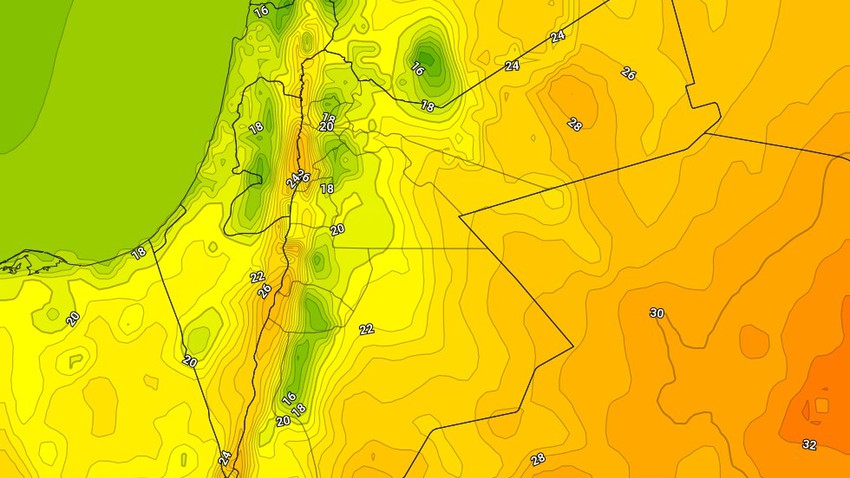 Arab Weather - The Kingdom is affected Friday by a cold air mass, so that there is a significant and significant decrease in temperatures, and the weather becomes relatively cold in the daylight hours over most regions of the Kingdom, and moderate in the Jordan Valley and Aqaba, with the gradual emergence of low clouds, especially in the afternoon and evening hours, and the winds will be northerly. Moderate westerly speed, active at noon and afternoon and is accompanied by strong gusts on the southern mountain heights and parts of the eastern regions, working to raise dust and sand in those areas.

There will be a further decrease in the night temperatures on Friday / Saturday night, and the weather is cold over all regions of the Kingdom and very cold over the southern highlands and the amounts of low clouds increase in the air so that it is weakly likely that sporadic showers of rain will fall in different parts of the Kingdom, with the occurrence of A great rise in humidity levels, so that fog formation over mountain heights is not excluded, and the winds will be northwesterly moderate to brisk, especially in the southern regions.