Friday: an additional deepening of the cold air mass over large parts of Saudi Arabia 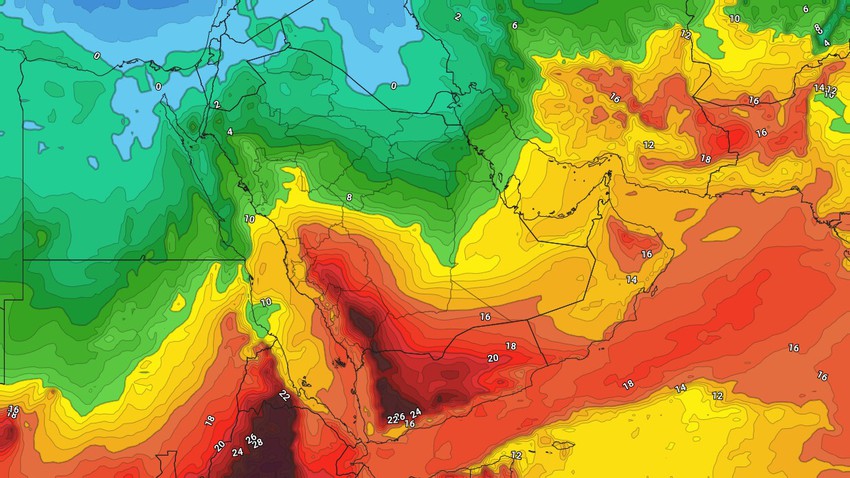 Arab weather - Maps of computerized models indicate expectations of additional depth for the impact of the cold air mass on Friday 28-01-2022, to include its impact on large parts and several parts of northern, central and eastern Saudi Arabia.

Riyadh is under its direct influence

Expansion in the impact of the cold air mass on Friday

In the details, a cold air mass rushed from the east of the European continent directly towards the eastern basin of the Mediterranean Sea, and affected the Levant on Wednesday, bringing with it rain and snow precipitation in large parts of it, with the cold air mass centered Thursday 27-01-2022 to the north of Saudi Arabia Amid a clear decline in temperatures in all those regions. 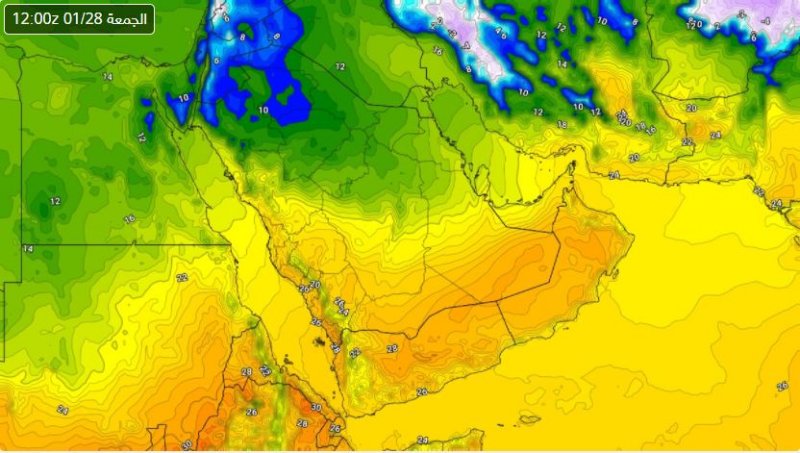 It is expected, God willing, that the cold air mass will continue its direct effects on the Kingdom on Friday, with a clear decrease in temperatures in large parts of the center and east of the Kingdom, including Riyadh, in conjunction with its continuing effects on the northern parts of it.

It is expected that the weather will continue to be relatively cold to cold in the daytime hours in most areas, and very cold weather during the night hours, amid very low and below zero degrees Celsius temperatures in large parts of the north of the Kingdom, with serious warnings of frost formation in the last mentioned areas.