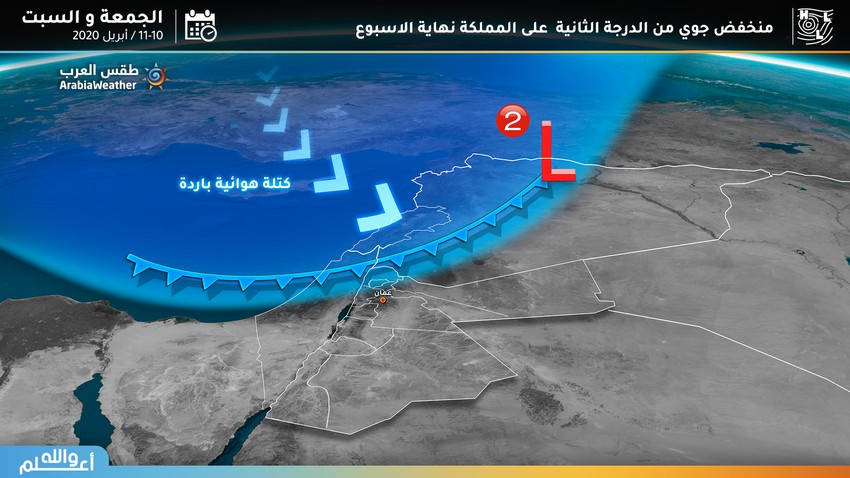 Arab Weather - It is expected to start from Thursday evening with an air depression, classified as second-class according to the Arab Weather classification for the severity of the depressions, as it is accompanied by cold weather in all regions, especially the mountainous ones

In the details, the temperatures drop further and significantly on Friday and Saturday, to fall below their normal rates for this time of the year, by 5--7 ° C. The weather is relatively cold, partly cloudy to cloudy in all regions, and cold in mountainous areas.

Showers of rain are expected, God willing, in the north and center of the Kingdom, to be thunderous and heavy for limited periods, as some rain showers may extend to the Karak and Tafila heights and eastern Badia regions.

With the hours of the night, the weather is cold in most regions, and remarkably in the areas of Badia, the eastern plains and the mountains of Al-Sharah, and the chance of some rain continues in limited parts of the north and central of the Kingdom.

Fog and clouds in contact with the surface of the earth are also expected to form, at intervals, in the high mountainous heights throughout the Kingdom.