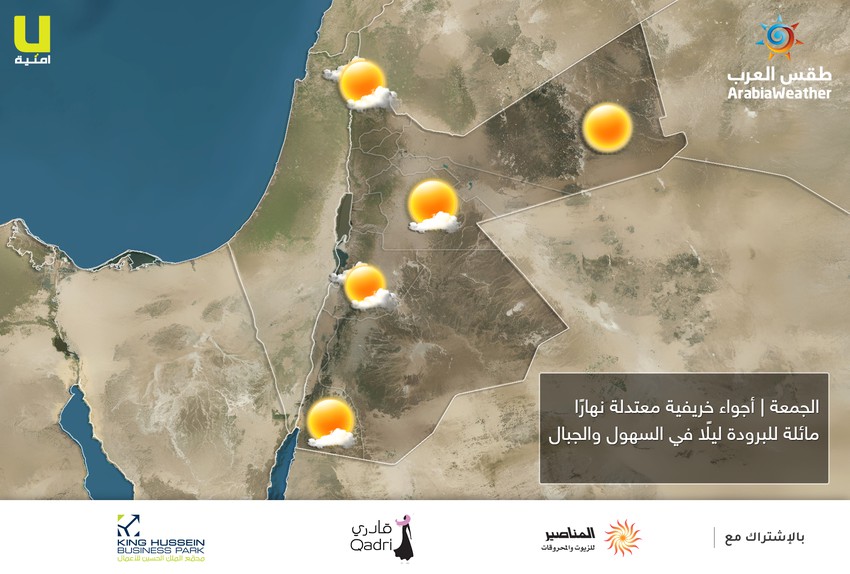 Arab Weather - With the end of the impact of the hot weather that affected the Kingdom since the end of August, and the departure of the hot air mass from the region, including the Kingdom, completely during the weekend, the weather in the Kingdom will be on Friday in a moderate autumn.

Details , the temperatures drop slightly and remain around their levels for such time of the year, as the autumn weather is moderate in all regions of the Kingdom, with the appearance of some low clouds.

The winds will be northwesterly moderate, active in the afternoon and causing dust in some areas.

With the hours of the night , the weather is generally pleasant and humid in most areas, with the emergence of quantities of low clouds.

The weather tends to be cold in the late night hours over the high mountain heights and the eastern plains.

Jordan | A refreshing weekend in most regions of the Kingdom

Wednesday | A slight decrease in temperatures, while continuing to be affected by the Red Sea depression