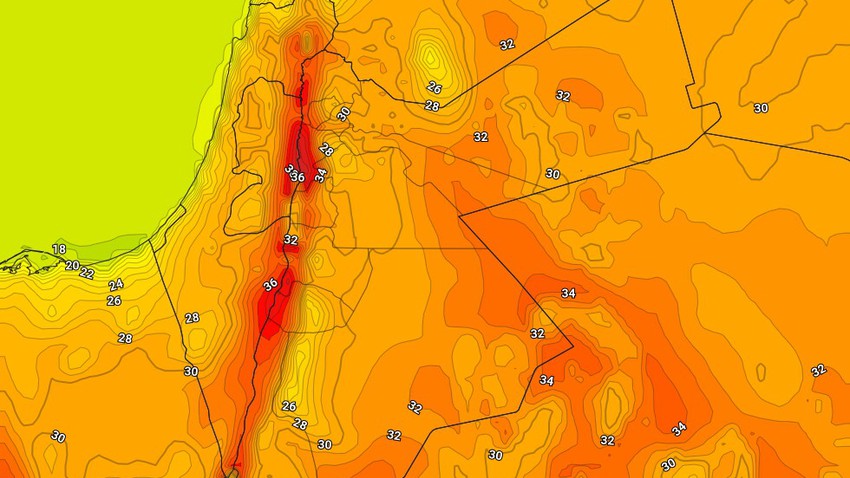 Arab Weather - An increase in temperatures occurs on Friday as a result of the approach of a hot air mass from the Kingdom coming from the Arabian Peninsula, and temperatures exceed their usual rates by about 8 to 10 degrees, and warm weather prevails over the heights, and is generally relatively hot in the rest of the regions, with the emergence of Medium and high clouds, and the winds are variable in direction and light to moderate in speed, sometimes active in some areas and stirring dust in the east of the Kingdom, especially in the afternoon hours.

There is also an additional and tangible rise in night temperatures, and moderate weather prevails in the various regions of the Kingdom, with the appearance of clouds at different heights, and showers of rain are possible in narrow geographical ranges from the south and east of the Kingdom, and the winds will be north to northwesterly light to moderate speed. Sometimes in some areas, as it is southeasterly moderate to active speed in the far east of the Kingdom.