Friday | Stormy weather with a significant drop in temperatures 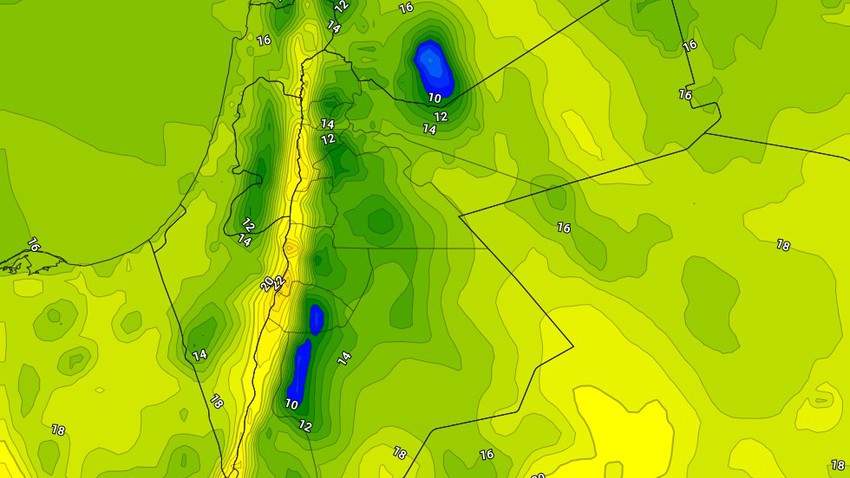 Arab Weather - There is a sharp and significant drop in temperatures on Friday, and the weather is relatively cold in general, and low amounts of clouds appear with the continuation of rain in several regions of the Kingdom in the early morning hours, but a decline will occur separately and comprehensively rain showers in the morning hours Late showers, with the remaining opportunities for light showers, spaced in time and geography, until Friday afternoon hours.

The winds will be westerly to northwest at high speed and accompanied by gusts in the eastern and southern regions of the Kingdom, as it is not excluded that the speed of the gusts will break the 110 km / hour barrier in those areas, which will lead to the continued formation and succession of waves and dust storms throughout the desert regions of the Kingdom.

It is also expected that there will be a gradual decline in wind speed in the evening hours, as a result of the departure of the air depression from the region's airspace, God willing.

The weather is completely stable at night, and it is cold, turns to very cold, with the formation of frost in parts of Al-Badateen and the Al-Sharah Mountains, with high levels of humidity and an opportunity to form fog in some areas of the eastern plains.

The winds will be westerly to northwest, moderate to brisk, at times, causing dust and dust in desert areas, with a retreat in wind speed in late night hours and become light and fluctuating in direction.