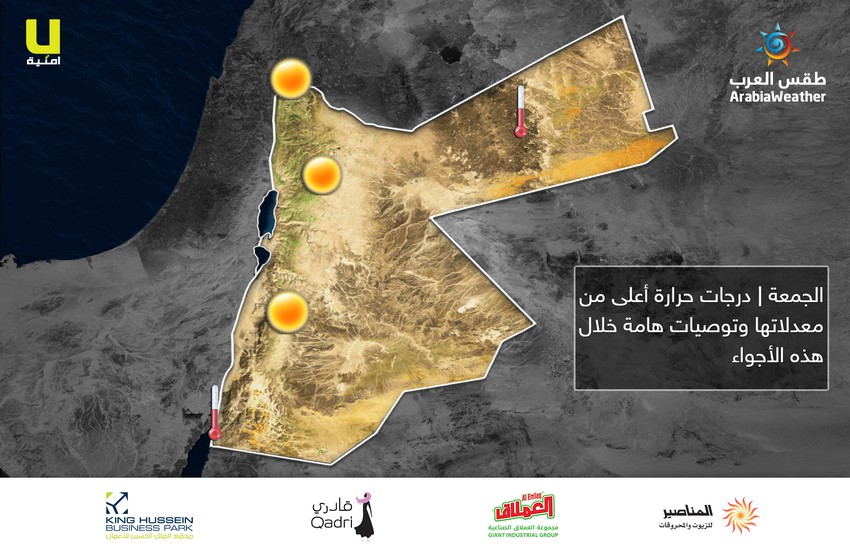 Friday Temperatures above average ... and important recommendations during this climate

Weather of Arabia - On Friday, the Kingdom is affected by a hot, blowing air mass from the desert of the Arabian Peninsula, which operates at another appreciable temperature increase.

The temperature becomes about 5-7 degrees above this time of the year, and the weather is relatively hot in the mountainous highlands, hot and dry in the rest of the regions, while the heat is very high in the Jordan Valley, Dead Sea and Aqaba areas .

While the winds are southeasterly moderate, they will turn into a northwesterly moderate wind, which will be active during the afternoon hours .

With night hours , the weather is generally mild in most regions, and warm in the Jordan Valley, Dead Sea and Aqaba regions .

Recommendations from Arab Weather to deal with hot climates: