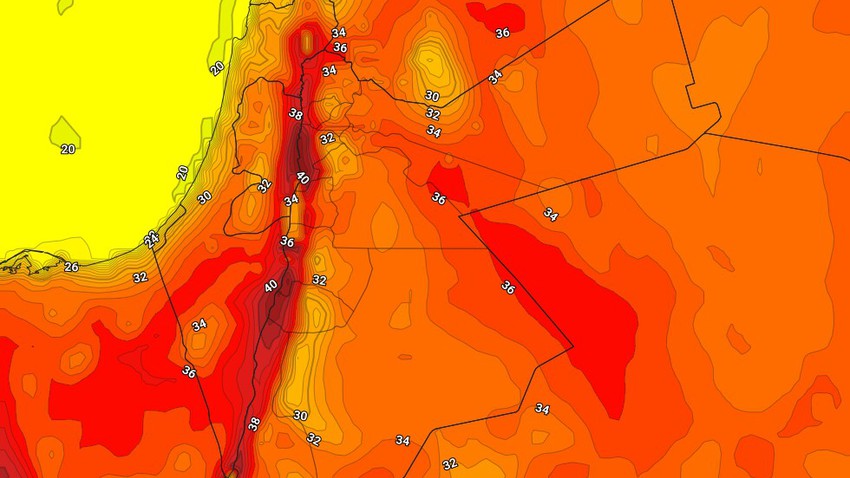 Arab Weather - The effect of the relatively hot air mass on the kingdom's air is deepened during the hours of the day on Friday, and it becomes higher than its normal rates for this time of the year by about 11 degrees Celsius, and the weather is relatively hot in various regions, and it is very hot in the valleys, the Dead Sea and Aqaba, with the emergence of some The clouds are at medium and high altitudes, and temperatures are expected to record levels of forty in the Jordan Valley and the Dead Sea, and levels of thirty in the rest of the regions.

The winds are fluctuating in direction and light in speed, turning to northwesterly moderate for speed activity in the afternoon and afternoon hours, and they are accompanied by strong gusts in some areas, especially the eastern ones, which causes dust and dust in those areas.

Night temperatures decrease slightly compared to last night, and the weather remains moderate in various regions, and the intensity of the northwest winds gradually decreases, and becomes light to moderate in speed, sometimes active in some areas, especially during the early hours of the night, especially in the eastern regions.

1- The low extent of horizontal visibility in the east of the kingdom due to dust and stirred dust.

2- Attention by respiratory and eye patients to the risk of complications due to dust, especially in desert areas.