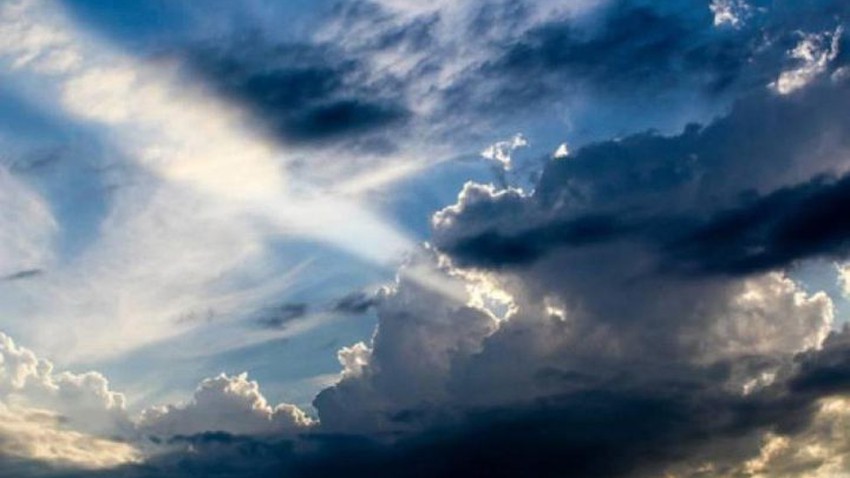 Share
It is expected that the region’s airspace will dominate in the coming days, a hot to relatively hot air mass. As a result, an atmosphere between a relatively hot to a lane closer to the summer weather will prevail.

Despite the rise in temperatures to summer levels, the shape of the air system did not rise to the level of a heat wave !!! !

Here are some of the points that prevented the air system from developing to the name of a heat wave ...

From a look at the nature of the air system used and the behavior and movement of air masses, we note that this sequential distribution of air masses is the result of a relatively hot to hot air system that affects the region, where a winter air system has formed on multiple areas of central and western Europe (cold depressions)

And the nature of the inverse relationship in the behavior of weather systems between two opposing parties in the global climate network; The atmosphere of Central and Western Europe is reflected in the atmosphere of the Eastern Mediterranean and the Levant, where a group of multiple atmospheric elements combined together at the same time and created more like the hot air masses that we usually see in the summer, except that this did not reach the stage of heat waves as a result of a practical nature It creates, forms and originates the warm air mass opposite the atmospheric system found in Central and Western Europe

High temperatures are the most important elements that must be taken into account when classifying the hot air masses into the term heat wave, when recording temperatures above their normal and seasonal levels over the course of three consecutive days comes here and comfortably, the elevation of the air system to the name of a heat wave

However, through weather forecasts, we see a variation between the maximum temperatures, in particular during the period of the relatively hot air mass effect, as temperatures reach and at the peak of the hot air mass effect reach the level of 35 ° C as the highest level and value that temperatures can reach, which will be On Monday, the height of this block, God willing

After Monday, temperatures returned to a decline while remaining within a range of very warm to relatively hot values, without a continuous succession of recording higher than average temperatures over a period of more than three days.

Relative humidity with high values is one of the conditions for the rise of hot air masses to the name of a heat wave, and also through weather forecasts, we see that high humidity values have not been recorded throughout the period of the influence of the hot air mass

Whereas, the percentage of humidity during the period of influence of the warm air mass is expected to be between 30 | 50%, and therefore the heat air mass is removed from its elevation to the level of a heat wave

And this at all we do not see it in the form of the air system associated with the relatively warm air mass expected to be applied to the region in the coming days, God willing, to prevent this from raising the expected warm air mass to the level of a heat wave

This and God Almighty knows best