Fujairah records historical amounts of rain in just 48 hours, equivalent to what it rains on some areas of Jordan in 4 years 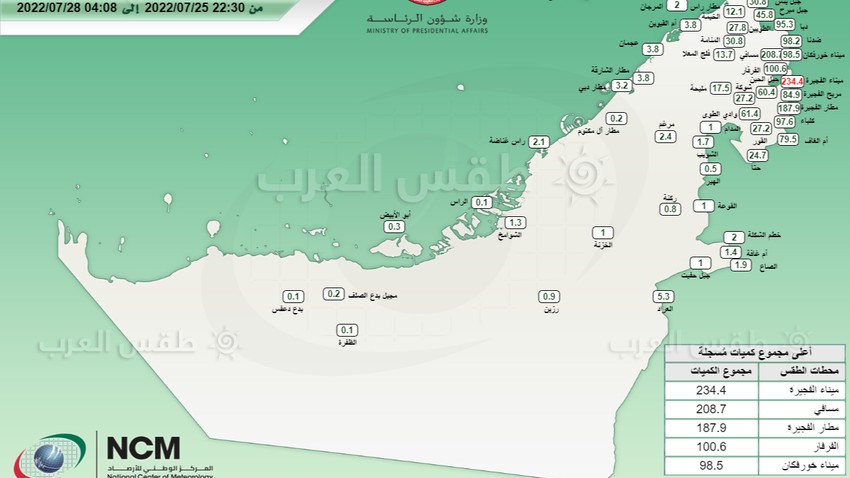 Weather of Arabia - The UAE was affected during Tuesday night and Wednesday by an extension of an air depression that resulted in the emergence of unstable weather conditions in the form of the spread of amounts of clouds and a significant drop in temperatures, accompanied by rainfall in separate areas of the country, and unstable weather conditions focused on the eastern regions of the country. The Emirates, especially Fujairah and its environs, are unusually high during the summer months.

The meteorological stations of the National Center of Meteorology in the UAE recorded large amounts of rain on the port of Fujairah with 234.4 mm of rain, and the average rainfall throughout the year in the southern regions of Jordan is about 55 mm, and the amount of rain in Fujairah is 4 times what it falls One of the southern regions of the Kingdom in four rainy seasons in a normal situation, and half of the usual amounts of rain in an entire year on the northern and central western regions of Jordan.

Masafi was among the top regions with the highest amounts of rain in the country with 208.7 mm of rain, followed by Fujairah Airport with 187.9 mm of rain.

For the rest of the rainfall amounts, see the following map: 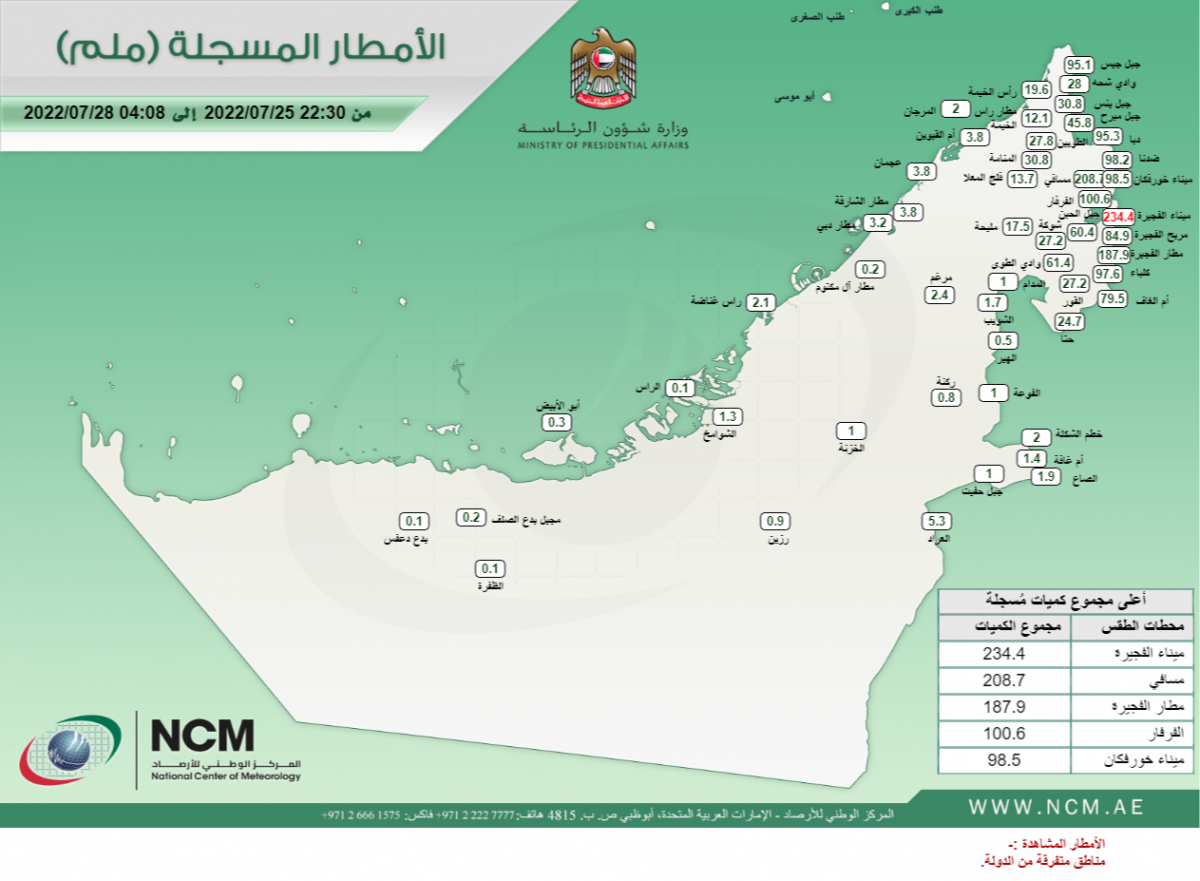