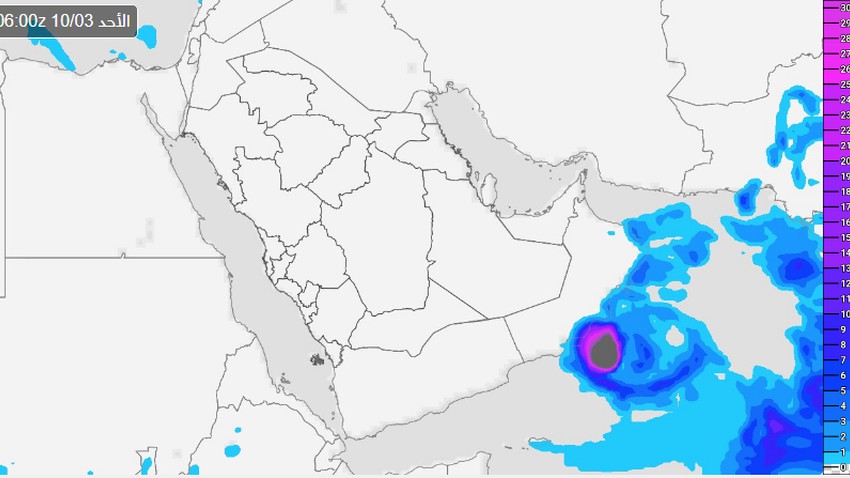 Arab weather - Sinan Khalaf - A tropical cyclone in the Arabian Sea at the beginning of October. Thus, the American numerical model GFS surprised followers of weather enthusiasts in its last update at noon today, Sunday 19/9/2021 AD, with a clear indication of its movement directly towards the coasts of the Sultanate of Oman and then Yemen!

Tropical turbulence in the Arabian Sea could turn into a hurricane

In the details, the GFS numerical model predicted the rush of a humid tropical wave from western India towards the Arabian Sea, to form a state of atmospheric instability, gradually developing until it turns into a tropical cyclone, and the model indicates that the cyclone will affect Oman and Yemen at the beginning of October accompanied by strong winds And heavy rain. 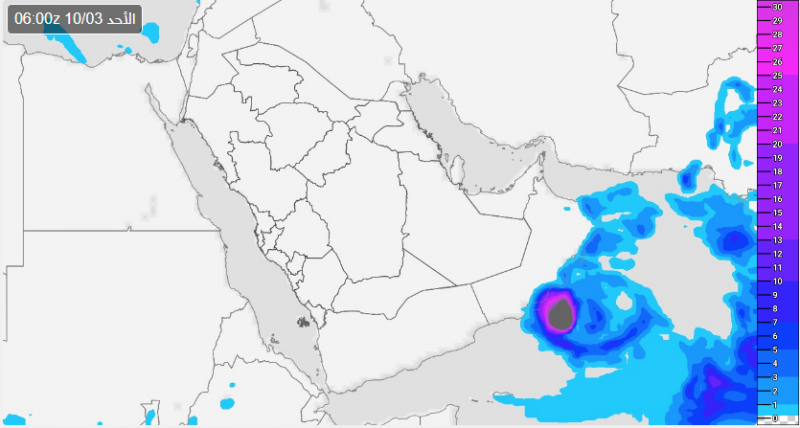 Although the month of October is one of the months in which tropical conditions and cyclones are active in the Arabian Sea, the forecast staff in the Arab weather confirmed that the last update that was issued by the numerical model GFS, but it cannot be confirmed or even taken into account due to the long period of time and the large number of changes in the surrounding weather factors, stressing that he will continuously follow up on developments in the Arabian Sea and issue the necessary updates on a timely basis.

It is noteworthy that the month of October is considered one of the active periods in which tropical conditions are active in the Arabian Sea , and the climate archive is full of many of these cases, some of which turned into cyclones that later moved towards the Sultanate of Oman, most notably Cyclone Kyar and Cyclone Luban. 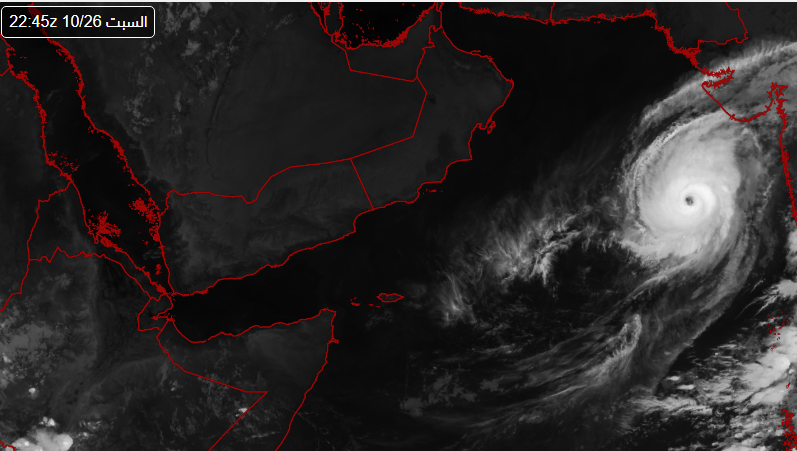 More details about the increasing chances of a tropical state forming in the Arabian Sea, you can find in the monthly bulletin through the Arab Weather app