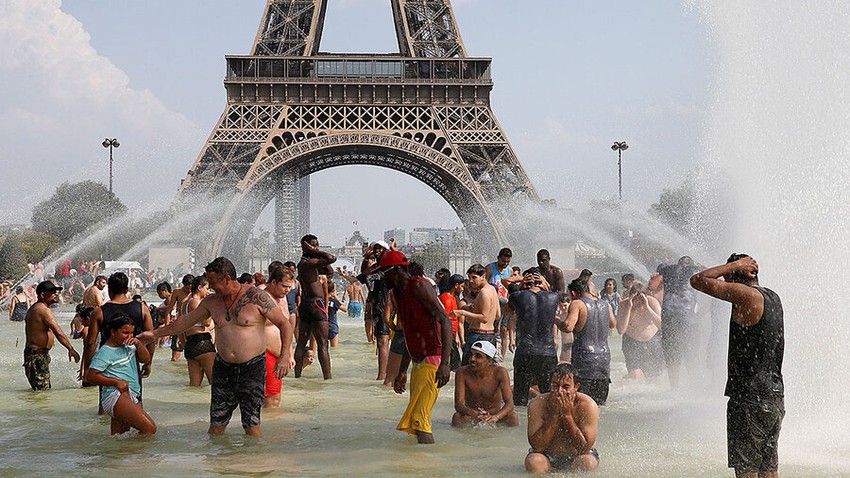 Weather of Arabia - Heat waves killed at least 15,000 people in Europe in 2022, according to what the World Health Organization announced in its statement yesterday, noting that Spain and Germany were the most affected.

The three months from June to August were the hottest in Europe since records began, and exceptionally high temperatures caused the continent's worst drought since the Middle Ages.

"Based on the country data presented so far, it is estimated that at least 15,000 people died specifically from the heat in 2022," WHO Director-General for Europe Hans Kluge said in a statement.

Of these, health authorities have reported nearly 4,000 deaths in Spain, more than 1,000 deaths in Portugal, more than 3,200 deaths in the United Kingdom, and nearly 4,500 deaths in Germany during the 3 months of the summer, and this is expected to increase. This estimate as more countries report additional deaths from heat.

The Spanish government said Monday that October was the hottest month in Spain since records began in 1961.

Read also: Paris is hotter than Cairo on Saturday as the heat wave dominates the European continent

worsening of the crisis

Climate change and the crises it has triggered have always been clear health emergencies, and the WHO and its partners have long sounded the alarm, but actions have been inconsistent and too slow.

Only last summer, the European Region of the World Health Organization witnessed an escalation in heat waves, droughts and forest fires, all of which affected human health.

Given the solutions, this November is a crucial month for climate change and health, as leaders and presidents from around the world gather in Sharm El Sheikh, Egypt, for the 2022 United Nations Climate Change Conference (COP27) to build on previous agreements to urgently reduce greenhouse gas emissions. building resilience and adapting to the inevitable impacts of climate change.

You may also be interested in: Climate Conference 2022: How Will Summit Decisions Change Our Lives?