Great losses and destruction.. this is what was left by the massive fires that swept northern Algeria 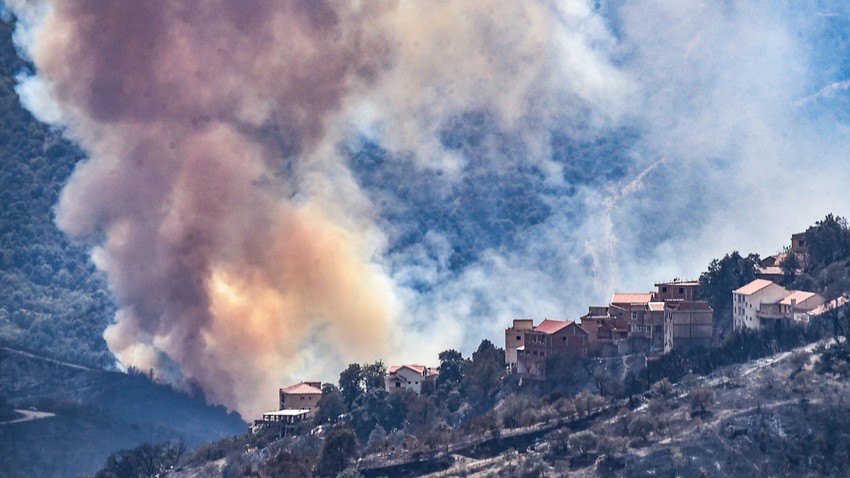 Weather of Arabia - In a preliminary outcome of the losses caused by the fires that swept northern Algeria in mid-August, the Algerian News Agency reported that the fires destroyed more than 5,000 hectares of fruit trees, the majority of which were olive trees in Tizi Ouzou, in addition to 19,000 heads of animals.

The massive fires that raged on August 9 included 26 out of 58 provinces in Algeria, killing at least 90 people, including 33 soldiers, according to reports by local authorities and the Ministry of Defense.

In the details: The agency reported, quoting the Directorate of Agricultural Interests in the wilaya of Tizi Ouzou, that "of the 5,193 hectares of fruit trees that were devoured by the fires, 4,500 of them were olive orchards," which is famous for the leading olive oil-producing region and the most affected by forest fires.

This outcome includes only 60% of the total losses that were assessed until Saturday, according to the same source.

As for forest losses, the Algerian Space Agency reported the monitoring of the burning of about 23,000 hectares in Tizi Ouzou and 6000 in Bejaia.

Charitable associations and organizations launched an initiative via social media to plant 1.5 million trees to replace the burned forests, but the Forestry Directorate called for waiting until the beginning of October, and planting trees in the forests that burned in 2020, not 2021.

It is noteworthy that the north of Algeria is affected every year by forest fires, but this phenomenon is exacerbated, and in 2020, the fires destroyed about 44,000 hectares of forests, a number that is expected to be greatly exceeded in 2021.