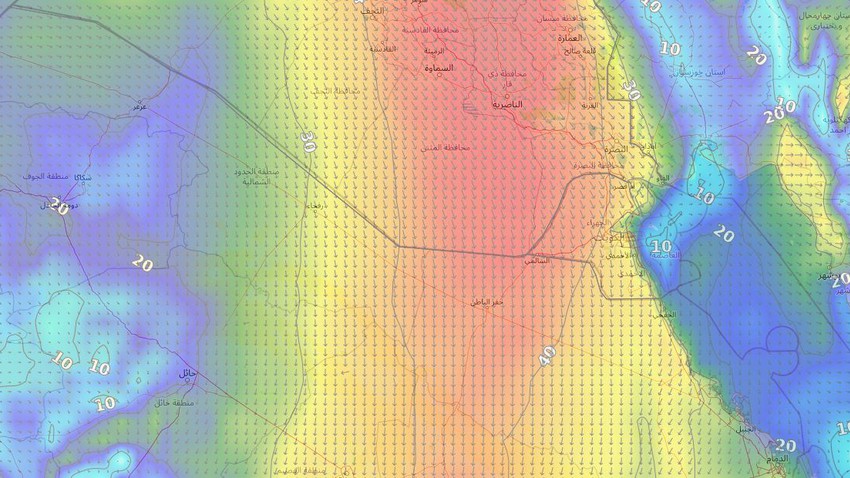 Arab Weather - Computer modeling maps in the Arab Weather Center show the continued localization of a hot and dry air mass over most regions of the Arabian Peninsula, especially the eastern ones, leading to a deepening of the atmospheric temperature depression in the southeastern corner, in conjunction with the presence of a less hot air mass over Iraq and northern This leads to the formation of a large difference in the values of atmospheric pressure between those two regions.

As a result of the distribution of air masses in this way, active north to northwest winds blow with strong gusts sometimes on Friday from southeast Iraq, passing through the skies of Kuwait, especially the western ones, and reaching parts of the east and center of the Kingdom, including Hafr Al-Batin, and it is expected that these winds will provoke Dust and low levels of horizontal visibility in some of the previously mentioned areas. 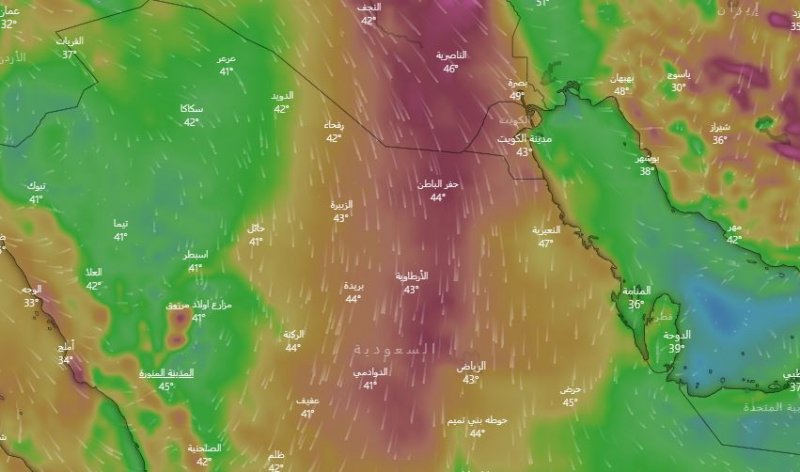 Regarding these expectations and their direct impact on public life, it is worth alerting road users in general and external ones in particular of the low range of horizontal visibility, and it is also worth alerting respiratory and eye patients to the necessity of following the necessary preventive measures to deal with such weather conditions, and we ask God for safety. For everyone.

In conjunction with this atmosphere, weather disturbances will continue, God willing, along the western sector of the Kingdom during the weekend, so that opportunities for the formation of cumulus formations remain during the afternoon and afternoon in many areas. More details here