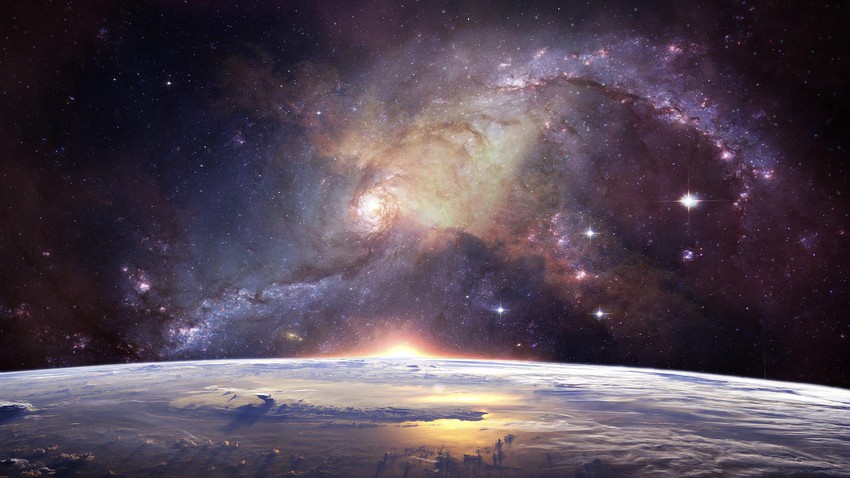 Weather of Arabia - It is likely that you have not thought of this before, or that you exclude this possibility at all. But are you right in this assessment?

Indeed this has happened before. The remnants of satellites and space junk have fallen on us from the sky many times

In 1979, debris from the Skylab space station fell over Western Australia. In the 1980s, a Russian satellite for nuclear power generation fell in Canada. Last year, the remains of a rocket cannon belonging to SpaceX, owned by Elon Musk, fell, and in August of this year, a strange black body fell in South Australia, which experts believe is part of a rocket belonging to the same company.

Remnants of a Chinese missile destroy a house!

In 2020, a Cote d'Ivoire cheese maker woke up to find that the remnants of a Chinese missile had destroyed his home, as well as several other homes in nearby villages. Metal tubes from the same missile fell on two citizens who were walking in their village.

Studies expect that more humans will be infected with objects falling from space in the coming years by 10%, and this percentage is subject to increase. It is beyond meager odds and bad luck. How does this happen? How do the strict safety procedures for space missions work?

The answer lies with NASA, which says in a report that only 30% of global space operations strictly follow safety and security standards and correct public guidelines.

Since the beginning of the era of space conquest in the fifties of the last century, humans have launched thousands of rockets and satellites into space, and these giant devices do not perish, and in the majority do not go far from Earth.

According to the European Space Agency, since humans began conquering space, 10,680 satellites have been launched. There are now about 6,000 of them left in the atmosphere, of which 3,900 are still operational, which means that 37% of these satellites have been turned into junk floating in space around the Earth. What about this waste that did not fall?

In space, 260 miles from the Earth's surface, the International Space Station orbits, and it has 7 astronauts of different nationalities. The last thing they expected was on November 16, 2021, that the station would be hit by satellite debris.

"We have been told that there is a satellite wreckage, you should review the safe harbor procedures."

This warning came from NASA, warning astronauts who had to return to their capsules to save their lives.

This debris that crashed into the station and destroyed one of its robotic arms, was part of a Russian satellite dating back to the Cold War era, which Russia launched a missile to destroy recently. This act was condemned by the US government, describing it as a "devastating test".

But suspended waste also poses a danger to those on the ground. More than 9,000 tons of metal waste in Earth's orbit, according to the European Space Agency, from the debris of satellites, missiles and tools that fell from astronauts, causes light pollution that affects the work of telescopes, disrupts communications and meteorology, and increases the rate of accidents in space.

Some projects have begun to develop methods for controlling space junk, some using giant nets to collect debris, and others using magnetic force.

Astroscale is one such new venture, a for-profit company that counts that in the near future, space agencies and private companies will have to hire other companies to clean up their waste.

"The most difficult task is to catch a fast-spinning object," says John Auburn, managing director of Astroscale Space Corporation, in an interview with the BBC. If a satellite or device malfunctions in space, there is a good chance that it will start spinning, which makes it much more difficult to pick up.

But despite these efforts, recent years have seen an escalating race between nations and private companies to conquer space, which means it will become even more crowded with space junk sent by humans from Earth to the sky.