Heat wave in Europe: Britain is counting the losses after the severe and historical rise in temperatures 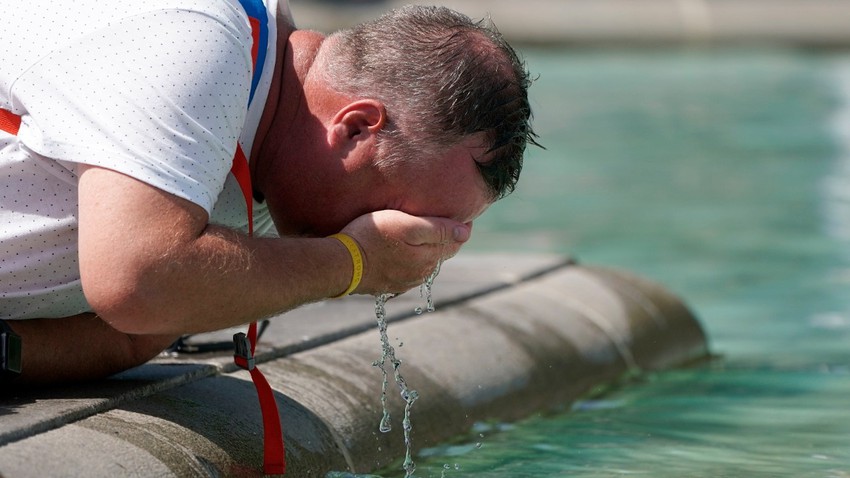 Arabia Weather - Firefighters worked all night to put out bushfires and engineers raced to repair heat-damaged railways on Wednesday, while Britain woke up to the hottest day in its history .

Tuesday was the hottest day for London firefighters, when temperatures topped 40 degrees Celsius for the first time, sparking fires that destroyed dozens of buildings in the capital, and engulfed dry grassland on both sides of railway lines and roads . .

Trains from London to the east coast of England were canceled until at least Wednesday afternoon after a fire near Peterborough in central England damaged signaling equipment, and other fires on the rail network damaged overhead rails and cables .

The Met Office said a record temperature of 40.3 degrees Celsius was recorded in Koningsby, central England, on Tuesday .

The Met Office expected the temperature to drop significantly on Wednesday, with rain later .

The UK government has defended its environmental record, announcing its decision to achieve net zero emissions. However, the ministers acknowledged that it could take years to upgrade the infrastructure to be able to adapt to the rising temperatures

On Monday, authorities were forced to close two runways at the airport due to damage to the roof. The electricity companies were also forced to cut off the electricity due to the heat that led to the burning of the equipment.

Many schools closed early and zoos are struggling to keep the animals cool .

London Mayor Sadiq Khan praised the work of the firefighters after they received 2,600 distress calls, compared to the usual daily rate of 350.

Emirates 3:50 pm | The National Center of Meteorology warns of heavy rain and downward winds in these areas