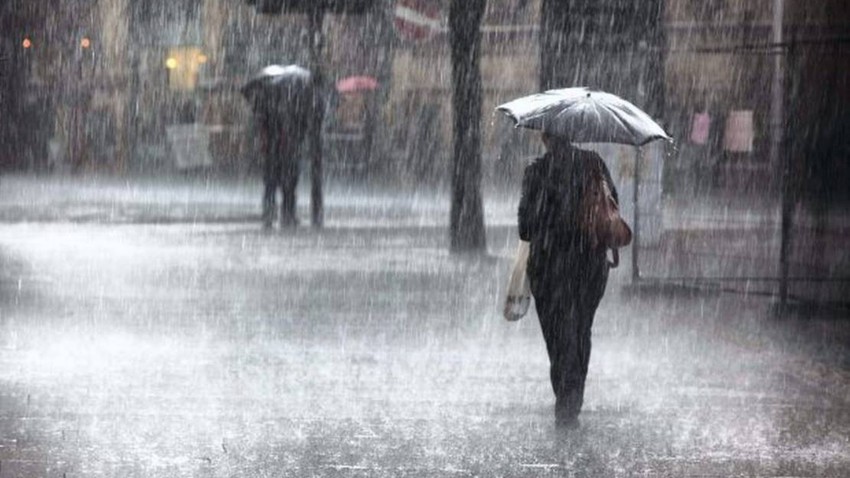 Weather of Arabia - The latest weather maps received on Wednesday morning indicate that the chances of rain continue during the coming period over many regions of the Levant, which are prolific in periods, especially in northern Syria and northern Iraq.

In the details, the region is expected to be affected again by a Khamasini air depression Thursday evening and Friday morning, with chances of separate thunderstorms showering from the rain, God willing, in separate areas of Palestine, Lebanon, the Syrian interior and Iraq, which are muddy due to the high concentration of dust in the air.

Temperatures are significantly decreasing in the region on Friday evening, as this five-year low depression recedes.

While the region begins to receive a cold air mass accompanying a new air depression centered inside Turkish territory, it will affect the region from Saturday to Monday, bringing low temperatures and cold climates, relative to this time of year, with activity in the wind and precipitation.

We start in Iraq, where the weather effect is, as usual, concentrated on the northern regions, areas of Iraqi Kurdistan, where heavy thunderstorms are accompanied by strong winds, which extend to the far eastern regions, and some of them may affect internal areas in northern Iraq.

As for Syria and Lebanon, the effect will be clear on them, especially the Syrian coast and the north of the Syrian territories, and on Saturday evening and Sunday in Lebanon, where heavy rains accompanying the thunder fall, God willing, with torrential rain in the valleys and low regions.

While the internal areas in Syria are less affected than the north, west and coast, as is the case in the state of Palestine.

Where the effect is limited to scattered showers of rain with great cold, relative to this time of year, and activity in the dusty winds in the Syrian Badia and Iraq.