Heavy rain falls for the first time on top of the ice cap in Greenland... What does that mean?! 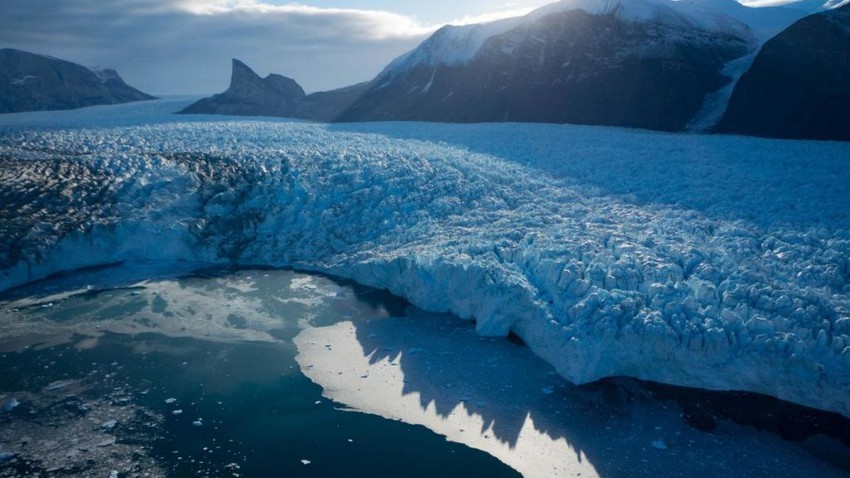 Weather of Arabia - In an event that is the first of its kind in recorded history, heavy rain fell on top of the ice sheet in Greenland last week, in a frightening reference to the worsening climate crisis, what is the significance of this?!

In the details: Heavy rains fell over three days on top of the 3,216-meter-high ice sheet in Greenland, from August 14-16, 2021, bringing the amount of rain to 7 billion tons of water, the largest amount since records began in 1950.

The worrying signs of precipitation on Greenland's ice

The water is warmer and makes the ice sheet more susceptible to surface melt, and the water absorbs more sunlight rather than reflecting it back as snow does.

This meltwater flows from the ice into the ocean, causing sea levels to rise. Scientists estimate that melting from the Greenland ice sheet (the second largest ice sheet in the world after Antarctica) has caused sea levels to rise by about 25% over the past few decades. This share is expected to increase with rising global temperatures.

In the rare rain event

Rain on top of Greenland, and high temperatures caused widespread melting of ice across the island, which suffered a loss of surface ice mass that was seven times higher than average in mid-August.

The record-breaking rain is the latest in a series of warning signs about how climate change is affecting Greenland's ice sheet.

Greenland experienced a massive melt event in late July, when enough ice melted in one day to cover the US state of Florida (5cm) of water.

This melting and last week's rain were caused by air circulation patterns, which means that warm, moist air has temporarily blanketed the island.

This, along with rising floods, fires and other extreme events, is one of the many warning signs that indicate the need to reduce greenhouse gas emissions.