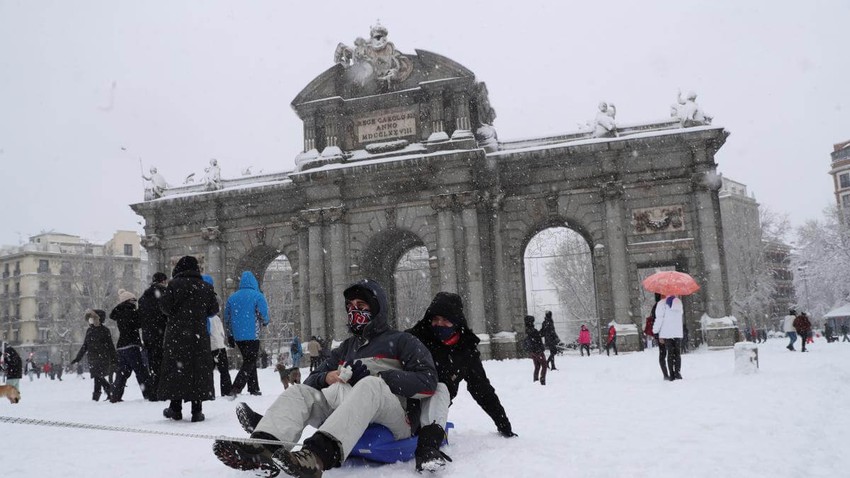 Arab Weather - Many social media sites circulated funny scenes of Madrid residents skiing in the snow-covered streets of the Spanish capital, after the "Philomena" storm caused exceptional and heavy snowfall, what the locals considered a historical event, as residents went out to see snow and some brought sleds To enjoy the large amount of snow the storm brought. Despite the local authorities issuing warnings urging their citizens to stay in their homes, four people were reported killed and thousands were rescued after they were stranded on the city's ring roads overnight.

Many train and air travel services across the country were disrupted by the storm, and schools and universities in Madrid will reportedly be closed on Mondays and Tuesdays as a precaution.