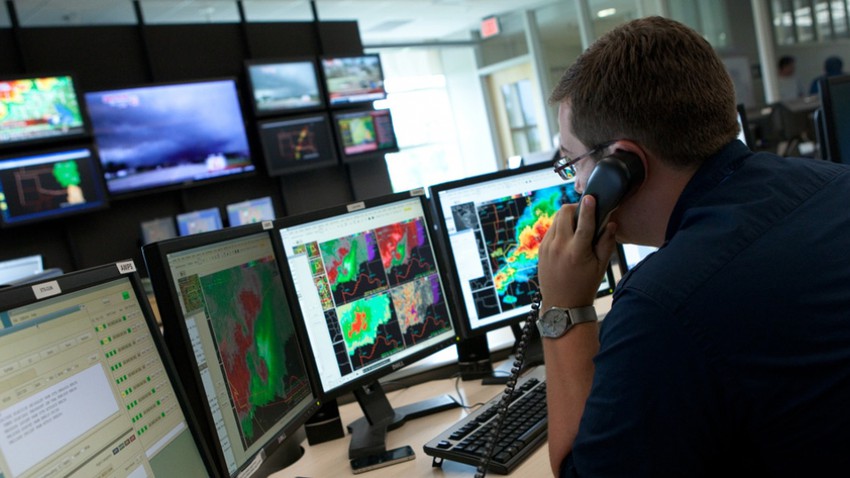 At this stage, the details of the current weather are known, so in order to predict the weather in the future, we first need to know the current weather condition accurately, so that weather variables such as: temperature, precipitation, air pressure, winds, and humidity are measured over the course of 24 hours. An hour each day, it is passed to major weather forecast centers, which they use with satellite imagery to get a clear description of the current behavior of the atmosphere.

Stage (2): Calculate how the weather will change in the future

Meteorological centers and weather forecasting contain huge computers.These devices use data from meteorology to enter them into very complex equations that enable us to predict how weather conditions will travel, and the way the weather will change over time.

Meteorologists look at computer forecast models several times a day, and work around the clock to verify that weather conditions are going according to the way they were expected, and if not, the forecasts are modified before they are announced to people, especially if the modifications mean a change in Weather conditions, for example; If the temperature turns out to be lower than the expected temperature, this may make a difference to the formation of frost at night, and when it may be necessary to issue an alert to deal with frost.

Types of data that are measured in meteorology

(1) Data from space and satellites

Satellites give images of the entire globe from space, and meteorological satellites fall into two broad categories:

These satellites are located above the equator at an altitude of 35,800 km, and they rotate once every 24 hours, at the same rate as the Earth, so they remain above the same place all the time to provide an unbroken series of images of the atmosphere in that place.

These satellites revolve around the pole at an altitude of 850 km, so that they are much closer to the Earth, which allows them to make more accurate measurements, and these satellites complete their orbit around the Earth every 100 minutes, during which they scan large areas of the atmosphere from the north pole of the earth to the pole Southern, where it passes over most of the Earth's tributaries at least twice during the day, and its orbits are synchronized with the sun, which means that it passes on the same part of the Earth at the same local time every day. 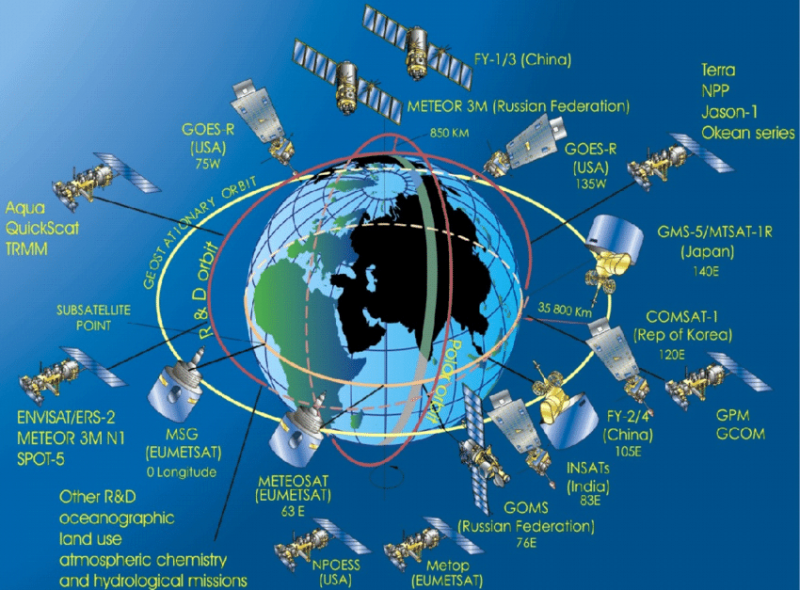 (2) Data from the surface of the earth

These data are provided as a measure of the weather that we are witnessing on the ground using a specialized observer and special tools, as most of the data is measured from the surface of the earth through monitoring stations distributed in different regions in each country, and among the important things that these stations measure are: Air temperature The temperature of the ground surface and soil, relative humidity, wind speed and direction, atmospheric pressure at ground level and its comparison with pressure at sea level, extent of visibility, amount and type of clouds and the height of their base, the amount of precipitation or snow accumulation, and after the data is recorded in the stations To process it, it is sent to a central collection system in the meteorological office, and in vital places such as airports, a trained observer is required to manually supervise the vital elements of the weather for the safety of the aircraft.

Measurements are made both near the surface and in the depths of the oceans.

Weather radar provides accurate precipitation details at ranges of up to 1 km.

Places covered by the weather forecast

Weather systems in one part of the world can have a rapid impact on other distant regions, so accurate forecasting requires monitoring operations not only in one country, but in many other parts of the world, so there is close cooperation in exchanging data between meteorological agencies in Different countries.

amazing video | Only in NEOM.. Ready extracts fresh water from the air effortlessly!