How can air hold that amount of dust and sand? 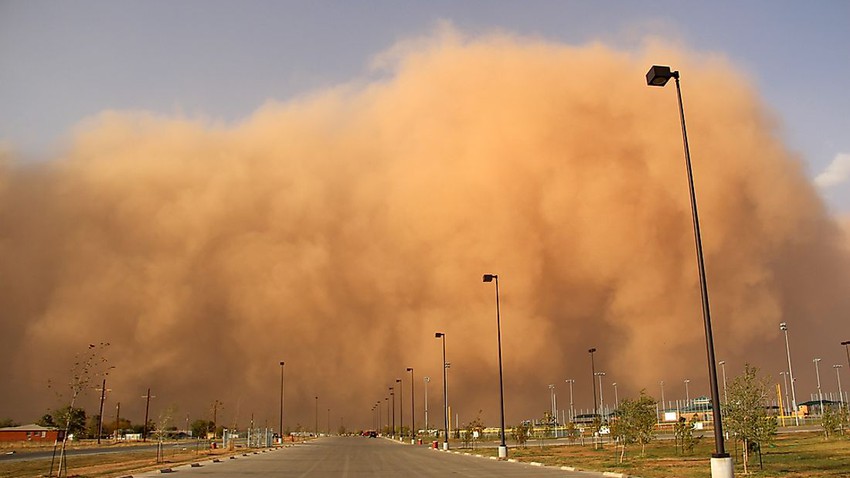 ArabiaWeather - Sandstorms are one of the common weather phenomena in arid and semi-arid regions, where strong winds lift large quantities of sand and dust from dry, topsoil to the atmosphere, and move them from hundreds to thousands of kilometers.

The source of sand and dust in sandstorms

Usually the main sources of sand and dust are the arid regions of North Africa, the Arabian Peninsula, Central Asia and China. Australia, America and South Africa also make secondary contributions as sources of dust and dust in sandstorms, and the global emissions of dust are estimated between one and three gigatonnes per year.

How long can air hold dust and sand?

After winds lift sand and dust off the surface of the soil, they lift dust particles to levels higher than the troposphere (the first layer of the atmosphere and closest to the Earth's surface) via air currents and convection.

It can then be carried by the wind for a period of time, depending on its size and weather conditions, before it is deposited on the surface again, and because larger particles are deposited more quickly than smaller particles, smaller particles tend to travel for longer periods, and rain also acts on Deposition of sand and dust from the atmosphere.

The average length of time for sand and dust particles to remain in the atmosphere ranges from a few hours for particles greater than 10 micrometers in diameter, to more than 10 days for sub-micrometric particles.