How can animals sense early earthquakes when humans could not predict them before they occur? 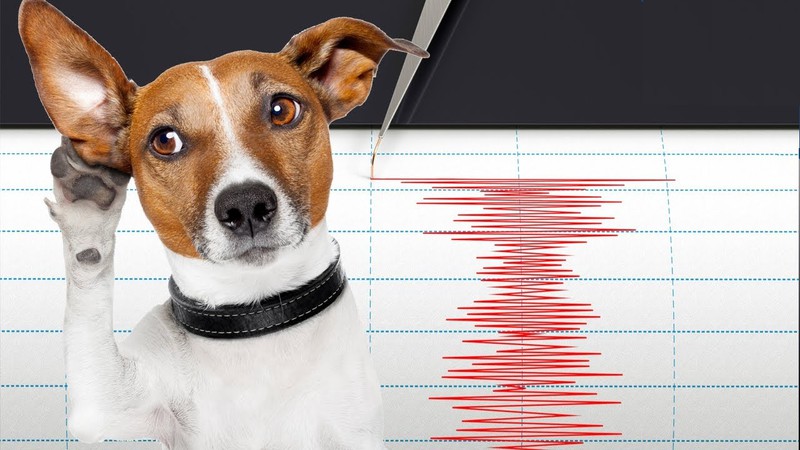 Weather of Arabia - In a strange incident recorded by historians in the Greek city of Helles in 373 BC, the animals of the region showed strange behaviors than usual, followed by a large migration of animals as if they were fleeing from something, then in just two days the city faced one of the most powerful earthquakes in its history.

And in the Chinese city of Haicheng, dozens of snakes emerged from their burrows despite the extreme cold, in the weeks before a 7.3-magnitude earthquake struck the city on February 4, 1975. The behavior of the reptiles, along with other incidents, helped persuade the authorities to evacuate the city hours before the quake massive.

To this day, earthquakes can still not be predicted, however, eyewitnesses repeatedly reported that animals behaved unusually before the earthquake, dogs bark constantly, cows are less milk, frogs jump out of puddles, and there are reports that wild animals leave Their sleeping places and nests just before strong earthquakes and pets become restless.

Why can't humans predict earthquakes before they happen?

An earthquake occurs when the potential energy in the Earth’s layers is released when a sudden change occurs, which produces seismic waves and vibrations in nearby areas. There are systems that give the seismographs signals of seismic activity, like the ones they used off the coast of Chile in 2014.

Scientists were able to devise many methods that are used to predict earthquakes, such as: the change in groundwater levels, the change in the magnetic field, monitoring of warning vibrations that precede the earthquake, and the transition in mechanical stress, and although there are some reports that were able to successfully predict the occurrence of earthquakes, but It is rare and tainted by many doubts, as well as scientists can know the probability of an earthquake in the future when certain signs or phenomena appear, but there is no way to accurately determine when the earthquake will occur.

How can animals predict earthquakes?

It is still not clear how animals can sense impending earthquakes. But one possible way is to sense a type of wave called "P waves", which is an initial compression wave that travels quickly and is followed by a "S wave" or shear wave, which is the larger wave that we feel. The micro-B wave is not noticed by humans, and animals can sense it before humans.

The video shows several scenes of domestic animals that sensed the earthquakes shortly before they occurred:

However, B-wave sensing allows for an earthquake to be felt seconds or minutes before it occurs, not hours or even a day.

In a joint study between Germany's Max Planck Institute for Animal Behavior and the University of Constance, researchers investigated whether cows, sheep and dogs can actually detect early signs of earthquakes, attaching sensors to animals in an earthquake-prone area in northern Italy and recording their movements over several months.

The motion data shows that the animals were unusually anxious in the hours before earthquakes, with researchers detecting unusual behavioral patterns about 20 hours before the earthquake.

Experts disagree about how animals can predict earthquakes. Some scientists believe that animals sense the ionization of air caused by the pressures of large rocks in earthquake zones with their fur, as shifting tectonic plates press on rocks along a fault line in the days before an earthquake, causing This action in rocks release of minerals that expel ions into the air.

It is also conceivable that animals could smell the gases emitted by quartz crystals before an earthquake.

But before using animal behavior to predict earthquakes, researchers need to monitor more animals over longer periods of time in different earthquake zones around the world. For this purpose, scientists will use the Icarus Global Animal Monitoring System on the International Space Station (ISS).

Researchers are preparing new projects to see if these animals show sensitivity to earthquake activity, and this may help in developing tools for early detection of earthquakes, with the aim of taking the necessary preventive measures and measures to protect lives and preserve property.