How does the Mediterranean control the world around it 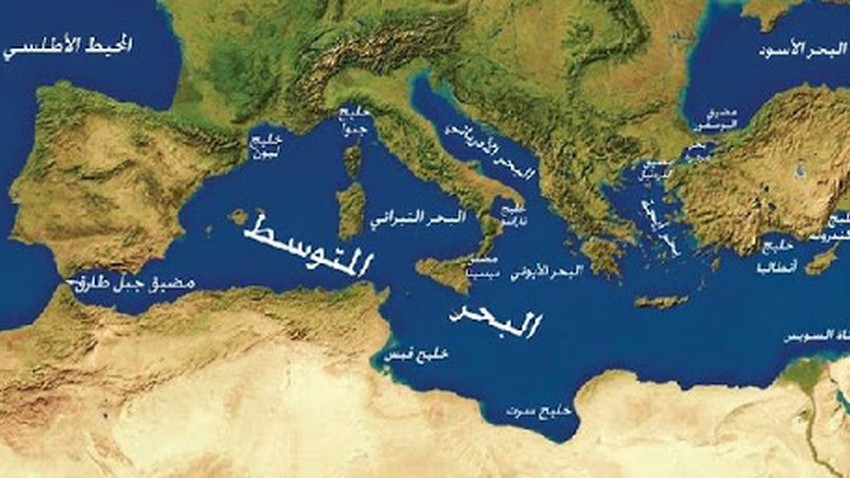 Arab weather - the Mediterranean is considered one of the most important seas throughout history and until today; Where it facilitated movement between different countries, and was the first means to help the cultural exchange between the population, it also flourished with trade between continents and countries, and it has a great impact on weather and climate control, so what do you know about the Mediterranean Sea? How does he control the world around him?

Information about the Mediterranean and the reason for its name

Its area: The area of the Mediterranean Sea is about 2.5 million km2 , and it consists of two main basins separated by a 140 km long rocky chain called the Ataba or the Sicilian-Tunisian outcrop, as it extends between Cape Bon in Sicily and Mersala in Tunisia .

The western basin of the Mediterranean is connected to the Atlantic Ocean through the Strait of Gibraltar , which separates Africa and Europe, while the eastern basin extends eastward to the shores of the Levant.

The importance of the strategic location of the Mediterranean

The Mediterranean Sea is geographically located at the heart of the world. Today, it is considered one of the world's most crowded seas, as a result of the movement of trade and shipping in it. It occupies an intermediate position for three important continents, namely Europe, Africa, and Asia.

The Mediterranean is the largest center for loading, unloading, and transporting petroleum products, accounting for 18% of the global transport, and there are nearly 600 ports on the shore of the Mediterranean, some of which are considered among the most important in the world .