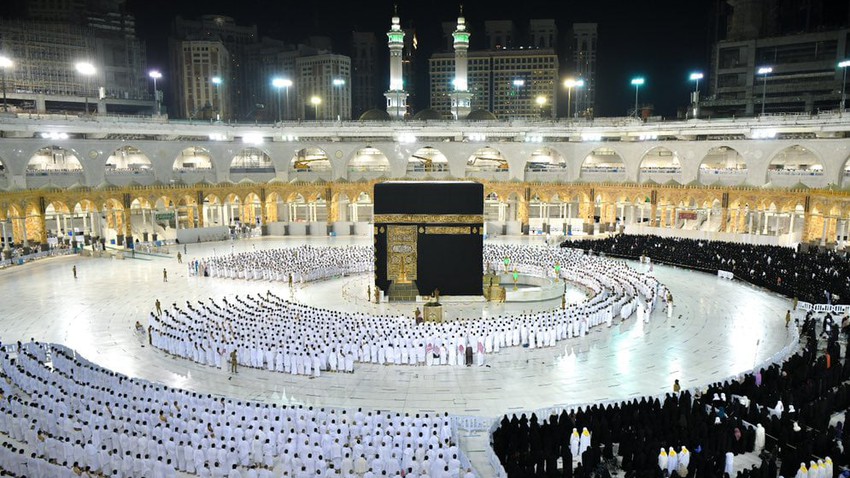 Weather of Arabia - The competent Saudi authorities have announced the possibility of booking an appointment to perform the rituals of Umrah during the upcoming month of Ramadan, through the "Tawakkalna" electronic application, according to Saudi media.

The "Tawakkalna" electronic application allows reservations to perform the rituals of Umrah during the upcoming holy month of Ramadan through the new icon that has been recently added in the application under the name "The Rituals Gate".

Those wishing, citizens and residents, can start reserving the times for performing Umrah, which included 12 times throughout the day and night, with a two-hour period for performing the entire rituals.

It is noteworthy that Fridays during the holy month of Ramadan witnessed high reservations since the availability of reservations, while the rest of the days included light crowding, which enables those wishing to reserve the appropriate times for them to perform the rituals.

This comes in light of the precautionary and preventive measures to combat the outbreak of the emerging corona virus pandemic.

It is noteworthy that after a break of more than two and a half years, children over the age of five return to the Grand Mosque and the Prophet’s Mosque, according to what the Saudi Ministry of Hajj and Umrah revealed about allowing children to enter the Two Holy Mosques.

And she stated through her account on “Twitter”: According to health and precautionary requirements, the minimum age group for issuing permits through the “Umrah and Our Trust” applications is (5) years, with an emphasis on the need for the health status to be (immunized) in the Tawakkalna application.

Clarification: According to health and precautionary requirements, the minimum age group for issuing permits through the “Umrah and We Trust” applications is (5) years, emphasizing the need for the health status to be (immunized) in the #TawakulnaApplication . https://t.co/bn2efyC8gH