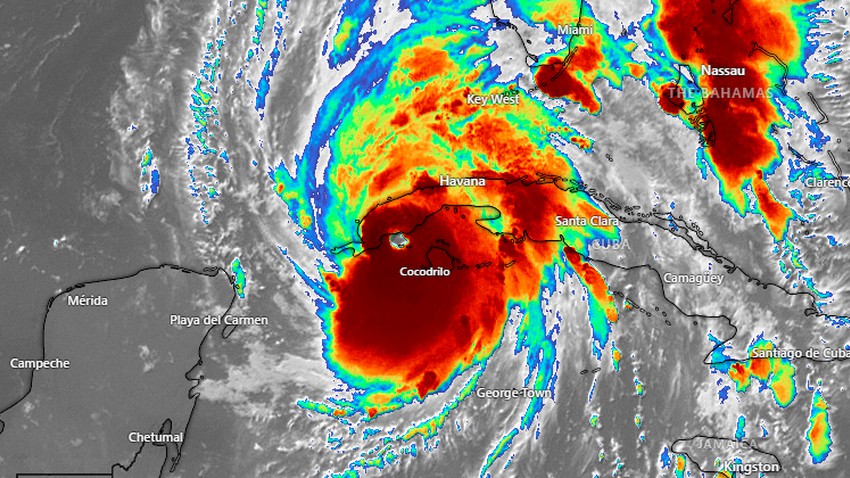 Arabia weather -   Our satellite images at the Arab Weather Center monitor Hurricane Ian of the third degree, which is now hitting Cuba with strength, accompanied by heavy rain and strong winds exceeding 185 km / hour, causing sea waves to rage over coastal areas and cities, making them threatened with drowning.

The hurricane completes its way towards the waters of the Gulf of Mexico and develops to the fourth degree, threatening Florida

During the next 24 hours, the hurricane will head towards the waters of the Gulf of Mexico and gain energy and humidity from the Gulf water temperature, which is about 30 degrees Celsius, to develop to the fourth degree, threatening the southern coasts of America, including Florida, where the hurricane is expected to be accompanied by very large amounts of rain, in addition to its strong winds and waves. The raging sea. 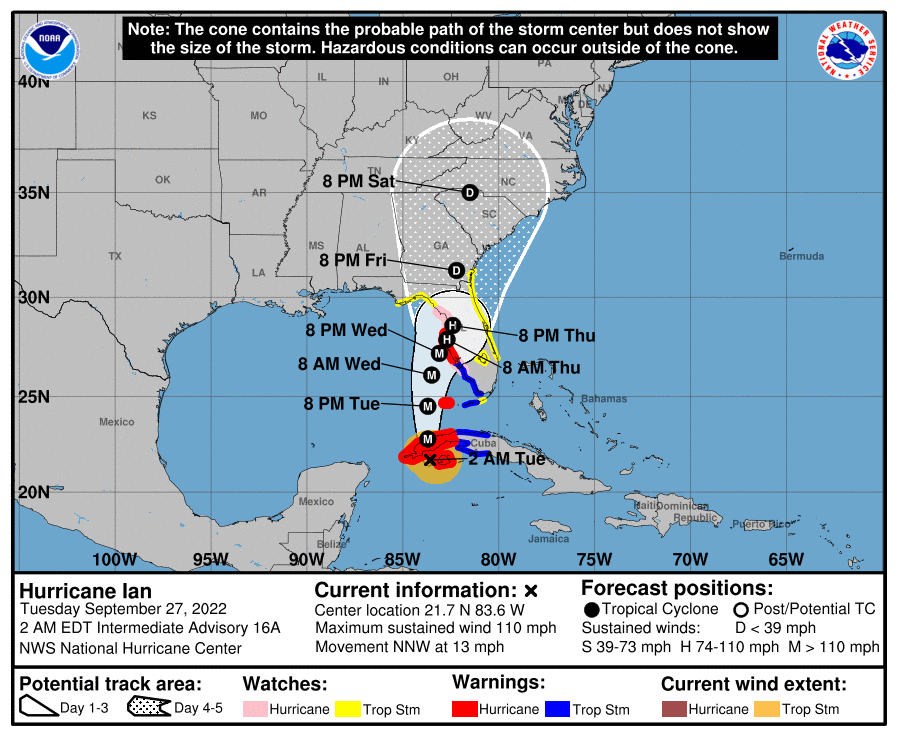 The Atlantic hurricane season extends from the beginning of June until the end of November of each year, and the hurricane season varies from year to year, as stagnation occurs in tropical cases and is below normal in seasons, in contrast, it may be more deadly and active in other seasons.