important | A new air depression hits the Levant at the end of the week, and these are its expected effects on Saudi Arabia 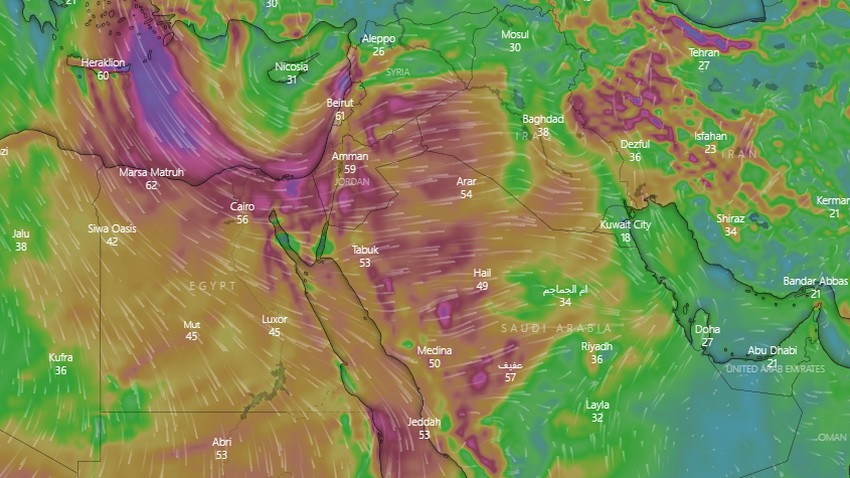 Arab weather - a stubborn air rise that is still in control of the European continent and North Africa since the beginning of January, pushing a series of successive air depressions towards the Levant region, some of which carried abundant amounts of rain, and others brought heavy snow to many areas, without any direct effects. On Saudi soil, only a drop in temperatures.

As for the latest weather forecasts, they still indicate that the European continent and North Africa will continue to be affected by the air altitude, which will leave the door open, after God’s will, for the flow of more air depressions accompanied by cold air masses towards the region during the first week of February, specifically during the second half of this week.

A new depression affects the Levant this weekend

The latest outputs of the computer simulation systems in the Arab weather indicate the emergence of an air depression during the coming days that will be centered over the basin of the island of Cyprus and then move in the northeastern direction at the end of this week, God willing. But it will be concentrated mainly on Thursday and Friday in the interior parts of the west and northwest of the Kingdom, and it will be dusty with varying intensity. 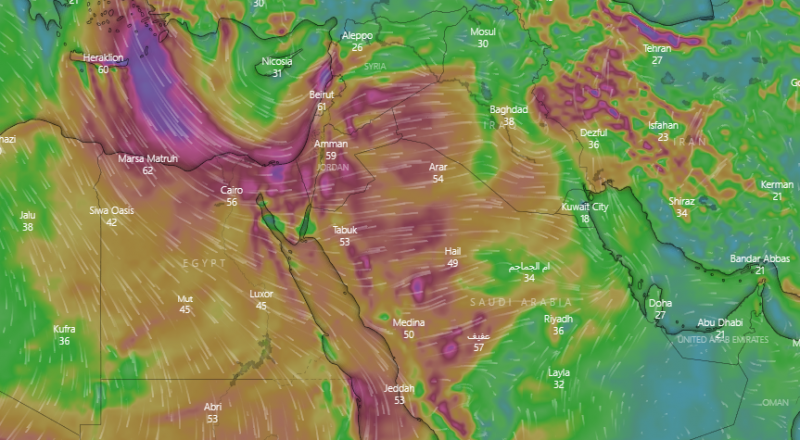 It is also expected that there will be an opportunity for some local showers of rain to fall on parts of Al-Jawf, the northern borders, and the Tabuk region, accompanied by a decrease in temperatures, and Arab Weather notes that it will issue more reports about the expected weather in the coming days.

In the details, it is expected that this depression and the very cold air mass associated with it will cause a sharp and continuous drop in temperatures on Friday 04-02-2022, and thus become several degrees lower than their rates for this time of the year, and the weather will be cold to very cold. In several areas, with rain, God willing, in most areas, the rains are sometimes heavy and accompanied by the occurrence of thunder and heavy showers of hail.

It is expected that this air depression will move away from the region on Friday/Saturday night, but the remnants of the extremely cold air mass associated with it are expected to keep the opportunity ready for scattered rain in parts of the north and center of the Kingdom in addition to the southern highlands on Saturday 05-02-2022 It is also expected that fog will form at many times over the mountainous heights, including the capital, Amman, after crossing low clouds touching the surface of the earth during the period of influence of this wet air mass.